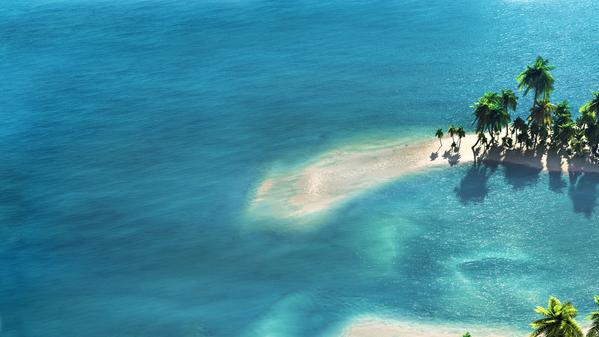 Go local in the Maldives

Sample both sides of the Maldives, from picture-ready perfection to local culture and cuisine.

The madness of Maldivian geography is usually first glimpsed by air. More than a thousand islands lie scattered across the Indian Ocean, some of which barely break the surface of the water. At 2.4m (8 ft), the highest peak is the lowest of any country in the world. In fact, dolphins can jump higher.

The country’s extraordinary geography puts it in a uniquely vulnerable position in the face of climate change. Thankfully, like most beautiful things, the Maldives is difficult to ignore. The country attracts a million visitors a year and could harness some of that attention if it were seen not only as a distant paradise but also as a place where people make a living.

Local interaction is a great way to gain insight into the Maldivian way of life, helping to build those all-important connections. Here’s our pick of the best experiences.

Enjoy a performance of boduberu

Boduberu (big drum) is the traditional folk music and dance of the Maldives and is usually performed by a chorus of 10 to 20 men, including three drummers and a lead singer. The history of boduberu is unclear. Some suggest it was brought to the islands as early as the 11th century by enslaved African peoples who were brought from the Arabian Peninsula; others say it was brought by sailors closer to the region.

The songs are said to share stories of heroism and romance, but the lyrics are secondary — boduberu is all about the rhythm.

The music starts off leisurely, but soon picks up pace, prompting performers to leave the chorus and dance. Observers are welcome to join in, but be warned: as the music builds to a frenzied crescendo, you’ll be expected to keep on dancing!

Felidhoo Atoll is a typically idyllic cluster of islands south of Malé. The main industry here is fishing and there is usually an opportunity to see traditional boat-building on at least one of the islands.

Kissaru vadaan is a traditional method of building boats invented in the Maldives centuries ago and passed down through generations of carpenters. Tools and materials have modernized somewhat, but the handmade craftsmanship remains.

It’s both baffling and impressive to learn that historically, the boats were built without a documented plan. The builders began with an outline, but relied on the head carpenter’s skilled eye for symmetry and design. Watch these old masters at work on the island of Fulidhoo.

Hedhikaa are tapas-style dishes offered in savoury and sweet varieties. These tasty pastries, piping hot tuna balls, crispy rice-and-coconut bites are a staple of Maldivian cuisine and available in most cafés or restaurants across the atolls.

Maldivian cuisine is heavily influenced by Sri Lankan and South Indian fare, so tends to be rich, spicy, and flavoursome. Try freshly cooked tuna curries seasoned with coconut and chili. Locally known as riha, curries are usually served with roshi (unleavened bread that is similar to Indian roti) and papadhu (crispy bites akin to Indian poppadoms).

Other should-try dishes include mas huni (shredded smoked fish with coconut and onion, which is usually eaten at breakfast), fihunu mas (barbequed fish with chili) and bambukeylu hiti (breadfruit curry).

Visit local villages for a peek behind the picture-perfect curtain of the brochures. On Felidhoo, traditional life takes the form of fishing, thatch weaving, and coir rope making.

On some islands, like Dhiffushi, you may see street art and political slogans in support of Mohamed Nasheed, the country’s democratically elected president who is now ousted and exiled.

Nasheed — known locally as Anni — put the country’s environmental plight at the forefront of his agenda and hit international headlines when he held a cabinet meeting underwater. Conversations about Nasheed are sure to give you an insight into local attitudes and the national psyche, but always be discreet and neutral if you choose to engage.

Stay a day in Malé

Dense, crowded and frenetic, Malé is not the reason you visit the Maldives, but stay a day anyway — preferably at the start of your break so you can finish on a more relaxed key.

Malé (pronounced Mah-lay) offers a view into everyday life in the economic heart of the Maldives.

Top sights in Malé include the Grand Friday and Old Friday mosques, Sultan Park and the Maldivian National Museum, the Tsunami Monument, and the fish market. Stop off for a local lunch at one of the many restaurants overlooking the waterfront.

Some visitors may choose to take the public ferry to Vilimalé to relax on the beach and snorkel the reef. Don’t worry if you don’t have time though; there’ll be plenty of that to come.

G Adventures runs a number of departures in the Maldives encompassing a wide range of departure dates and activities to cater to different tastes. We’re thrilled at the prospect of showing you this big blue planet of ours — check out our small group trips here.