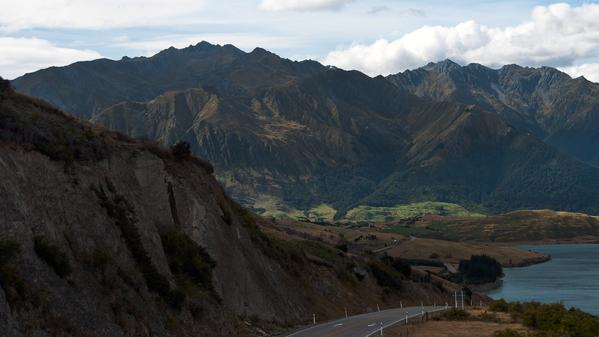 Next time you’re in New Zealand, indulge in a bit of Kiwiana by getting a taste of the following five treats.

What do people eat in New Zealand? It’s a difficult question to answer. While places like Thailand, India, and Spain all possess their own unique, identifiable cuisines, New Zealand is extremely multicultural and has a food culture that has been heavily influenced by British, Asian, and Pacific flavours.

Nonetheless there is a small collection of eats that every New Zealander will identify with as being inherently “Kiwi.” Next time you’re in New Zealand, indulge in a bit of Kiwiana by getting a taste of the following five treats.

New Zealand whitebait is a particularly tiny fish considered one of the country’s delicacies. If you’re lucky enough to be in the country during whitebait season (August to November) you’ll have no trouble finding them, but be warned – they’re actually one of the most expensive fish in the country. The preferred way to eat them is the whitebait fritter; eggs, flour, and whitebait mixed together, pan fried (almost like an omelette), and usually served on toast with a sprinkling of lemon, salt, and pepper. While the strong fishy flavour doesn’t appeal to everyone, this treat has a very loyal following and has long been considered a Kiwi favourite.

Where to get it: During whitebait season, many restaurants and cafés add whitebait fritters to their menu, and fish shops will also sell fresh whitebait if you’d like to cook your own. It becomes scarce during the off-season, but frozen whitebait can still be found at certain seafood vendors.

Traditionally, the native Māori used to cook their food by digging a large hole in the ground, filling it with scorching hot rocks, then lay baskets of food on top of them. The hole would then be filled in, trapping the heat inside and creating an oven beneath the ground. After several hours, the pit would be uncovered, the baskets lifted out, and the food ready to eat. This traditional method of cooking is known as hāngi, and is still used today for special occasions and in various Māori communities. Hāngi meals can contain any combination of meat and vegetables, but some of the more common ingredients are chicken, pork, potato, pumpkin, sweet potato, carrots, and cabbage. Hāngi cooking is actually somewhat of an art, and the depth of the pit, the earth used, the placement of the food, and the temperature of the rocks can all be altered to influence the food’s flavour.

Where to get it: The central region of Rotorua has a large Māori population, making it the perfect place to try this delicacy, either on a Māori village tour or at Kiwi Kai, one of the few eateries in the country to offer traditionally cooked Māori cuisine.

Whittaker’s is one of New Zealand’s most iconic brands, and their Peanut Slab is arguably the country’s most beloved chocolate bar. Easily recognizable from its unique shape and packaging (a short, stumpy block in shiny gold wrapping), the slab itself is nothing more than a simple, timeless combination of carefully roasted peanuts and Whittaker’s famous creamy milk chocolate.

The locally-owned family company has since created a selection of different slabs, such as dark chocolate, hazelnut, and almond, but none of them have ever quite garnered the popularity of “The Original.”

Where to get it: Pick one up at any supermarket or convenience store in the country.

Walk into any bakery in New Zealand and you’re bound to find a nice big warmer oven filled with a variety of meat pies. Head back after lunch and you’ll find that all the mince-and-cheese ones have disappeared. Meat pies are an inherent element of Kiwi food culture, and while each person has their favourite, the mince-and-cheese definitely reigns supreme. Obviously, every baker will craft his or her pie slightly differently, but a classic mince-and-cheese is usually no bigger than a regular hamburger and will be filled with mince, gravy, and a generous layer of cheese just below the upper crust. Every kid in the country will have memories of enjoying a steaming hot meat pie in the middle of winter, so if you’re after an iconic Kiwi treat, this is about as good as it gets.

Where to get it: Just head to your nearest bakery, or for a real treat head to Greenland Bakery & Café in Auckland – currently the official title holder of best pie in the country.

Sausage sizzles are actually events where sausages are cooked and sold for fundraising, although nowadays the term has become almost synonymous with the actual food itself. A classic “sausage sizzle” is a short, fat pork sausage cooked on the barbecue, rolled up in a piece of fresh white bread, and then topped with grilled onions and tomato sauce.

Sausage sizzle-style sausages (try saying that ten times fast!) have since grown out of their fundraising origins and are now considered a classic Kiwi comfort food, eaten around the country at family barbecues, food markets, and sporting events. If you do decide to eat one, be careful; they’re cheap, tasty, and highly addictive, so after the first one you’re bound to end up devouring three or four!

Where to get it: Look out for sausage sizzles that pop up at markets around the country, or just cook them yourself. All you’ll need is a loaf of bread, NZ sausages, onions, and a bottle of tomato sauce, all of which can be found at any NZ supermarket.

New Zealand’s magical landscape of wild snow-capped mountains, shining lakes, and roaring rivers serves as a giant playground filled with world-class "tramping", skiing, and rafting. G Adventures runs a number of departures to New Zealand encompassing a wide range of departure dates and activities to cater for different tastes. Check out our roster of small group trips to this mesmerizing land.