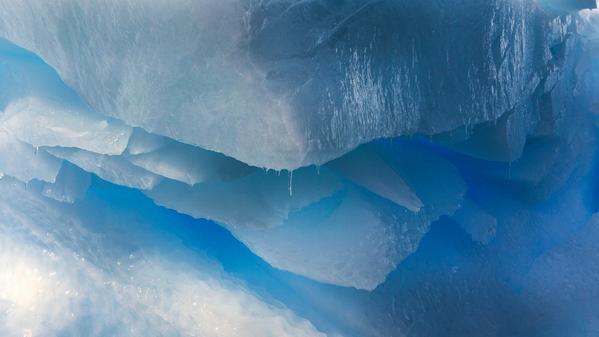 We sat down with Dr. Jakko Putkonen, a geomorphologist at the University of North Dakota, to get a better handle on why Antarctica remains a scientific hotspot.

Teal-tinted icebergs that go on for miles, thousands-strong penguin rookeries clumped together against the cold, humpback whales breaking the surface for another gulp of air, mind-blowing landscapes blasted by centuries of perpetual winter…There’s no arguing that Antarctica is an amazing place to visit, but would anyone really want to live there?

For hundreds of hardy souls, the answer is a resounding yes. Right now, legions of researchers are stationed at the bottom of the world, keeping busy (and warm) in the name of science. Most stay for a few months, but more than a couple are willing stay on for years at a time. What brings them there, and how do they do it? We posed these and other burning questions Dr. Jakko Putkonen, a geomorphologist at the University of North Dakota, to get a better handle on Antarctica’s allure and why the coldest place on Earth remains a scientific hotspot.

G Adventures: So, what brings you to Antarctica? Jaako Putkonen: I’ve been to Antarctica five times since the 1998-99 season. I’m typically there for about two months each time. I do deep field research in geomorphology, which is the study of the Earth’s surface. We study landforms and surface processes; basically, what moves the dirt around. We want to know how quickly the landscape evolves, how old it is. Often, this is closely related to changes in the climate. The surfaces we study can range in age from a landslide that occurred yesterday to glacial deposits that are millions of years old.

Why is Antarctica so important to science? Antarctica is larger than the United States, yet we know very little about it. It plays an important part in the global climate, and records of our planet’s climate history are locked in the ice and surface deposits. It’s a fascinating place that broadens our understanding of the planet we inhabit. It has also turned out to be the best terrestrial analogue for Mars, which is helpful for scientists—it’s certainly cheaper to go to Antarctica than to Mars!

What’s McMurdo Station like? In the austral summer, the population is over 1,000 people. It’s like a small town in that you know everyone. There are a lot of quirky personalities down there, all dedicated to advancing research. Scientists only make up a small percentage of the population, though; most people at McMurdo are cooks, carpenters, plumbers, heavy machine operators, and support personnel who keep the place going and facilitate the research. We spend about ten days at McMurdo doing field safety training and preparing our supplies. Once everything is packed, we wait for a flight to our field area. If things go well, we get there about two weeks after arriving in Antarctica.

What’s it like out in the field? Our field sites are as remote as they come. Typically, there’s nobody around for miles and our only link to the outside world is a radio connection to McMurdo Station. We work at our research site for couple of weeks until a resupply flight brings us more food and anything else we require. Our scientific samples and trash go back to McMurdo aboard the aircraft.

What toll does Antarctica take on the long-term visitor? Some of my team members have struggled with the constant light. The sun never sets south of southern polar circle in the summer, so it’s always light outside and inside the tent. However, the work in the cold outdoors is so tiring that we easily sleep around ten hours a day. The worst times are during storms and other weather delays, since you can’t do field work and are stuck in your camp. Things can get really boring fast. Flight delays are even worse, because you have everything packed and you are ready to go, but are stuck waiting for the plane to arrive. Those delays can easily last for five days or more.

How do you pack? As a general rule, we pack as little as possible. It’s amazing how much stuff a group of five people needs for a month-long stay. For those weather delays you need to have several books to keep you going. We also have a few decks of cards and some simple board games. We usually keep busy working with the data on our computers, packing samples, repairing clothing and broken equipment, and taking care of the tent lines and windbreakers, which require constant work.

How often are you in contact with family and friends back home? Although in this age of satellite phones we could easily talk with anyone in the world almost any time, we limit our outside calls to keep the expenses down and to limit the incidents of homesickness. We typically contact home once during year-end holidays.

How do you prepare for life in Antarctica while you’re back home? I think that if you eat a balanced diet at home and keep eating as balanced as possible in the field you would do fine. I have never noticed any nutritional problems. However, we eat frozen, dried, and canned foods, including fruit and vegetables.

Any tips for first-time travellers to Antarctica? Bring plenty of batteries! But seriously, depending on the areas you’ll be visiting, I would pay special attention to your footwear. Our field areas are super-rough and require heavy-duty hiking boots. The best way to prepare is to do as much winter hiking as possible, preferably overnighters when the weather is in the teens [Fahrenheit, -7° to -12° Celsius] This will build up your confidence and teach you invaluable things about your clothing and what you may or may not need in the field.