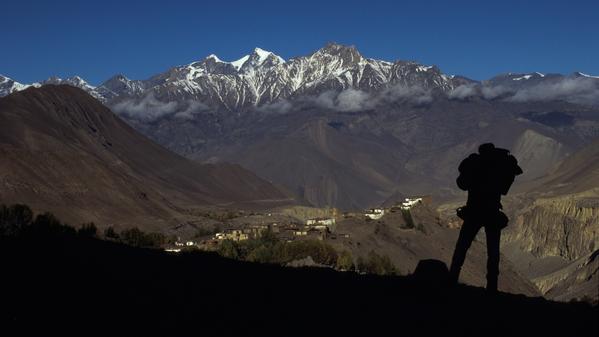 Eating Your Way Around Nepal

As a relatively small country in Southern Asia, the cuisine of Nepal is often overshadowed by its two neighbors, India and China, who happen to be giants in the culinary world. It has always been a challenge for Nepal to shine in the world of food.

What makes Nepali cuisine interesting is just how much it varies from one region to the next based on ethnicity and terrain. Due to the country’s cultural and geographic diversity, Nepali cuisine can range from spicy Indian-influenced curry to wheat-based Tibetan soups.

Let’s take a look at some of the most popular dishes in Nepal:

Once in Nepal, it’s hard to miss the quintessential dal bhat (a pairing of lentil soup with rice). It’s widely eaten throughout the country, whether in the Himalayas or the lower Terai region. You can often eat dal bhat as part of a Nepali thali, which is a set of food consisting of small platters such as cauliflower tarkari, tomato achar, chicken kabob, and mustard greens. Ordering a thali is a good way to quickly get a feel for Nepali cuisine if you are a first-timer in a restaurant.

A traditional Nepali staple, dhindo is a sticky grey pudding is made by boiling hot water and continuously mixing flours of maize and other grains like buckwheat. It is easy to find dhindo in local homes as every household grows maize and buckwheat for food. Dhindo is usually served with lentils or in a thali. It’s also healthy compared to rice, although it is usually eaten with boiling ghee (butter). In the video below, G Adventures CEO Baikuntha S shows us how to eat a dhindo thali.

One of the most popular Nepali foods is the momo, a Tibetan dumpling filled with minced meat from buffalo or chicken. Its iconic pursed-pouch shape is instantly recognizable, and it is similar to other kinds of dumplings served across Asia. The momo originated with the Tibetan-related ethnic groups in Himalayan Nepal, but it has become so popular that it is now part of mainstream Nepali cuisine. To eat like the locals do, dip it in piquant chutney for a kick.

Commonly sold on the streets of Nepal, pakoras are deep-fried fritters found in different shapes and sizes. Ingredients such as potatoes, peppers or onions are first dipped in batter and then fried to a golden crispiness. The most popular varieties are palak (made from spinach) and paneer (made from soft cheese). Locals often have these for breakfast, usually with a hint of chili sauce.

If you’re doing a trek in Nepal, you definitely won’t want to miss out on raksi, a ubiquitous drink that almost every Nepali loves. Made from kodo millet or rice, this local firewater is traditionally distilled at home and enjoyed throughout the country. It’s a strong drink that taste somewhat like Japanese saké, with a hint of burnt rice. Porters and guides often get together by night after a long day of trekking to indulge in a little raksi. You’ll surely win their hearts by joining them for a round or two!

The next time you’re in Nepal, dig a little deeper and you’ll find that there’s so much more to country’s cuisine than just dal bhat.

Ready to experience all that Nepal has to offer? G Adventures runs a wide range of departure dates and activities to Nepal that cater for different tastes. We’re thrilled at the prospect of showing you this wonderful planet of ours in a way you’ve never seen it — check out our small group trips here.