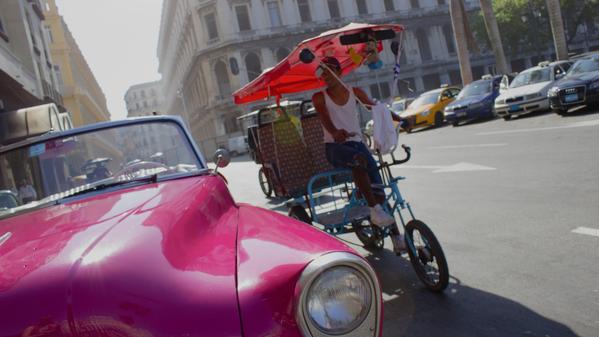 by Daniel Sendecki Posted on 12 November 2014

‘Yank Tank’ is a nickname that many classic car buffs use to describe the many pre-1960 American automobiles present in Cuba—with an estimated 60,000 of them still driving the island’s roads today. About 150,000 existed at the time of the 1959 revolution, shortly after which Detroit automakers and American manufacturers were forced to stop trade with Cuba to conform to the US embargo.

They’ve since become an icon of the island—considered a charming feature of Cuba's unique atmosphere by those with the good fortune to travel. Many remain in good working owing to Cuba’s army of mechanic virtuosos who’ve proved they can adapt to a continually diminishing pool of spare parts.

Mechanics notwithstanding, why do so many American cars remain on Cuban roads? For a very long time, they were the only cars that Cubans could legally own. Until 2014, the government prohibited the purchase of new cars—only those that were already on the island at the time of the embargo could be freely traded and sold among its citizens. Cubans who wished to buy a car had to secure special permission, and this was reserved mainly for celebrities and senior party officials.

For travellers who appreciate classic cars, there is no place on Earth quite like Cuba; however, at the same time, it’s difficult to ignore that these quaint throwbacks to simpler times are also icons of a government that has placed severe restrictions on personal freedom.

So, the Castro regime’s recent relaxation of the rules on car imports is just a small step towards true freedom. A new Hyundai hatchback that starts at US$12,000 on an American car lot boasts a sticker price of US$40,000 in Cuba, while a fresh-off-the-lot Peugeot, the most luxurious of which lists for the equivalent of about US$50,000 in the UK, will set Cubans back a ludicrous US$250,000. Of course, that’s well out of reach of the average Cuban, who earns the equivalent of just $20 a month on average. Freedom, indeed.

But it's a start—and once a little freedom whets the palette, it’s just a matter of time until people develop an appetite for more. Change is coming to Cuba—and it’s starting on its roadways.

Venture beyond the beach. The island of Cuba—with its vibrant rhythms, varied landscape, and rich heritage of literature and dance (and also classic cars)—wins over many travellers, who return again and again. Cuba's travel opportunities differ from those in other Latin American countries, and though the country has been a magnet for sun-seeking tourists for some time, it is only slowly opening up to less-traditional travel. A Cuba trip provides an opportunity to explore this uniquely beautiful and captivating land and meet its friendly and open people. Check out our small group trips to Cuba here.