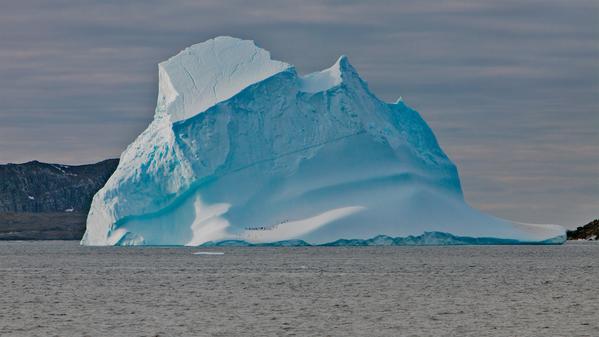 What makes Antarctica incredible is its wildlife, and any visit here won’t be its very best without at least a few sightings of some of its wild citizens. Hop aboard as we detail a few of our favourites.

Antarctica sure is strange; its massive landscapes are unlike anywhere else, and the sheer absence of nearly everything else found in the world will remind you of just how far away from home you’ve come. What makes this place more incredible, though, is its wildlife, and any visit here won’t be its very best without at least a few sightings of some of its wild citizens.

The most famous animal here is the penguin. When venturing south, you’ll likely get a glimpse of at least one of two species – king penguins and gentoos – along the coastline or perhaps inland among tufts of grass (depending on the season, of course). These distinguished-looking birds keep it classy; they’re serially monogamous, meaning they have only one mate each year, and stay faithful to that mate. There are currently about 4.5 million king penguins and 300,000 gentoos in existence, placing kings safely off the radar of endangered species while deeming gentoos “near-threatened.” If you’re lucky enough to spy some of these cool birds, you’ll know you’re at the bottom of the world.

Another awesome sighting here is the leopard seal. This one’s spotted (hence the name) and a savage little thing that preys on penguins, fish, and krill, making it the second-most predatory animal on the continent, after the killer whale. During summer months, leopard seals hunt in waters along Antarctic coasts. If you see them, though, be sure to keep your distance. They’re undeniably cute, but have been known to attack humans. They are, to quote a friend (in entirely another context), “good from far, but far from good.”

With the largest wingspan of any living bird (3m [10 ft] on average) the wandering albatross is a beast you definitely won’t spot at home. These birds are born chocolate brown and gradually turn whiter throughout their lives, which can last up to 50 years. Albatrosses are famous for flying hundreds of miles out from land, and long ago became cherished by sailors as natural ship companions on long voyages. They have an occurrence range of nearly 65 million sq km (25 million sq mi) so it’s very likely a naval voyage to Antarctica will encounter some on the way.

Hopefully, the ship you’re on also encounters some humpback whales. While found in oceans around the world (thanks to their yearly migration paths of up to 25,000km [16,000 mi]) you might be able to find them feeding in Antarctic coastal waters during the summer months before heading toward the equator in winter months for breeding season. (Don’t we as a species also head toward the equator for breeding season?) These mammoth creatures were once hunted to the brink of extinction, with 90% of the population having been killed off before a whaling moratorium was introduced in 1966. Today, there are roughly 80,000 worldwide.

If you end up fortunate enough to get to Antarctica someday, keep your eyes open for some of these unusual animals. Travel is about seeing other inhabitants in their own environments, and this is especially true here. Keep your eyes open on land and sea and your trip will definitely be the better for it.

G Adventures runs a number of departures to Antarctica encompassing a wide range of departure dates and activities to cater for different tastes. We’re thrilled at the prospect of showing you this big blue planet of ours — check out roster of expedition cruises here.