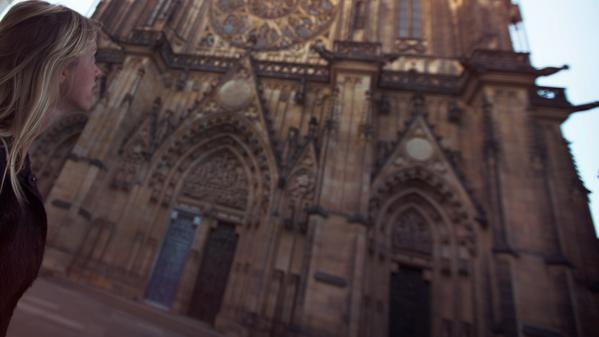 Experience what Berlin, Prague, and Vienna have to offer with Daniel Noll and Audrey Scott, advocates of sustainable tourism.

by Daniel Noll and Audrey Scott Posted on 30 January 2017

Central Europe stands as a region long known for its tumultuous history — its borders shifting, empires changing hands one century to the next. Its food, hearty and abundant, crossing cultures. And its people, reserved on the surface, yet humorous and engaging just underneath.

Over time, the thread of regional similarities has been spun. Yet what surprises visitors most: cross a nearby border, and new worlds unfold, different languages unspool, and the diversity of Central Europe is revealed. Art and architecture cross epochs, café and pub cultures span centuries, and distinctions are subtle and obvious in turns. The regional package is one whose history is imposing in its context and whose cultures are remarkable in their resilience.

Visit the Central European capital cities of Berlin, Prague, and Vienna. In short order, you’ll see and experience — and have ample opportunity to celebrate — the tapestry of their differences.

For so many major world cities, we carry with us an image in our minds, a path to fair expectation. With Berlin, however, people don’t often know what to imagine, and if they do, they are forced to set it all aside in haste once they arrive.

Berlin is the city that continually figures itself out. It rebuilds, reinvents, and re-fashions. In this capital of continual rebirth, the Brandenburg Gate remains the defining symbol, bridging past and present, not only for Berlin, but also for a united Germany.

Commissioned by King Frederick William II of Prussia in the late 18th century, the Brandenburg Gate was originally intended as a symbol of peace. Quadriga, a chariot drawn by four horses, sits atop, just as Eirene, the goddess of peace, takes the helms. In the earliest days of Berlin, the gate served as a customs boundary for goods entering the city.

Then, enter a cascade of changing hands of possession, and of shifting symbolism driven by conflict. In 1806, Napoleon took the symbol of peace as a war trophy and brought it to Paris. The Quadriga eventually returned to Berlin in 1814 with the Prussian occupation of Paris. Though heavily damaged during the Second World War, Brandenburg Gate remained one of the few structures standing at the war’s end.

During the Cold War, the Berlin Wall was built around the Brandenburg Gate to literally divide the city in two. A “no man’s land” strip on either side was heavily guarded, a reminder to all of division and danger. During this time, dignitaries and performers chose the gate’s western side for speeches and performances. Their messages echoed as protests — ones that could be heard by all sides.

When the Berlin Wall fell in November 1989, up to as many as 100,000 people gathered on either side of the gate, as East Berliners and West Berliners celebrated the end of the division of their city.

At today’s Brandenburg Gate, take a moment to watch what was once unimaginable: pedestrians and cyclists making their way right through the gate’s centre.

This is freedom in motion.

Special tip: Walk through the Brandenburg Gate into the adjacent park, Tiergarten, and find the Soviet War Memorial. If you explore just past the tanks, you’ll find large black-and-white photographs of Berlin taken just after the Second World War. The images are a sober reminder of the power of destruction and a testament to the spirit of rebirth.

Years ago, when we lived in Prague, I remember walking the streets of its medieval Old Town and thinking, “Do I actually live here?”

The centuries of history framed by preserved architecture, the poetry of its cobblestone streets, and the pastel-coloured buildings run together all conspired to give me the feeling that it wasn’t quite real.

Even after living there for five years, I could still turn a corner, catch the right light and be awash in the same feeling of wonder.

Unlike so many other cities in this part of Europe, Prague was not heavily bombed or damaged during the Second World War. The result is that its Old Town — and most of its majestic churches, cobbled alleyways, and colourful merchant homes — remain intact.

The heart of the Old Town is Staroměstské náměstí (literally, Old Town Square) the sprawling, dramatic confluence of ancient lanes. On one side of the square you’ll find the Týn Church (Church of Our Lady before Týn). Dating from the 14th century, it looks a Bohemian fairy tale, with its Magic Kingdom-like Gothic towers drawing focus on the main square.

Alongside the nearby Old Town Hall stands a more than 600-year-old astronomical clock, the oldest operating of its kind in the world. Its hourly procession of apostles and articulating skeletons draws crowds. The display recalls piety and mortality, and is animated with a dose of inimitable Bohemian dark humour.

For much of the year, the square bustles with shops, pubs, artists, buskers, and street vendors. Find a seat off to one side and take a moment to observe the detail, the swirl of history around you. Imagine how it all must have appeared hundreds of years before. Perhaps it’s not all that different now than it once was.

To complete your Old Town experience, walk along any of the smaller cobblestone streets in the direction of the Vltava River. You’ll likely land on or near the Charles Bridge, a thoroughfare connecting the two most prominent neighbourhoods of medieval Prague since the beginning of the 15th century. As you cross the bridge, your eyes will be drawn to the right to Prague Castle, minding the city young and old.

Special tip: To avoid the crowds coursing the main streets of Old Town Square to the Charles Bridge, cut through the Clementinum and enjoy a peaceful stroll through a 14th century courtyard framed in Baroque architecture. If you have time, or wish some peace, step inside and lose yourself in its library and church.

At first glance, Vienna may evince a certain formality and imperial earnestness with its Austro-Hungarian Empire architecture and grandeur. However, as a Viennese friend once said, “The Austrians are like Germans… but with a bit of anarchy.”

Vienna’s Naschmarkt perhaps serves as the perfect embodiment of this sentiment. Operating in this location since the 16th century, the market originally served as an outlet for dairy products. Over the centuries, however, it has expanded in size and scope. Framed by Vienna’s traditional architecture, the Naschmarkt blends Old World custom with the evolving, multicultural dynamism of modern-day Vienna.

As you peruse more than 120 stalls and restaurants at the Naschmarkt, you’ll find flavours spanning the various cultural influences that shaped Vienna by way of migrants and marauders alike. From Turkish-inspired goodies such as stuffed peppers and olives, to flatbreads and baklava, to traditional Austrian delicacies of fermented cabbage and fruit vinegars, the Naschmarkt allows you to sample and experiment. Vendors compete by singing out their daily (or even hourly) sales or by sheer force of personality, working samples of their goods into your hands, making a picnic purchase difficult to resist. You can feel how Vienna serves as a sort of Central European bridge, stitching together cultural and culinary influences from both East and West.

Once the sights, sounds, and aromas of the Naschmarkt have overwhelmed your senses, duck into one of the many cafés or restaurants to relax. Filled with locals and travellers alike, restaurants here enable culinary trips around Asia, if not the world — all with a Viennese twist, of course.

Special tip: Plan a visit to the Naschmarkt on Saturday morning when a huge flea market sets up next to the main food stalls. Whether you’re searching for something specific or not, it’s great fun to wander the aisles and be drawn to cast-offs and antiques that you never imagined suddenly needing.

National Geographic Journeys with G Adventures are a collection of unique tours designed to take you deeper into the cultures and habitats of the places we explore. They offer more inclusions, greater hands-on exploration, interactions with local experts, and the freedom to roam, all within the structure and security of travelling in a small group. Explore Central Europe today!