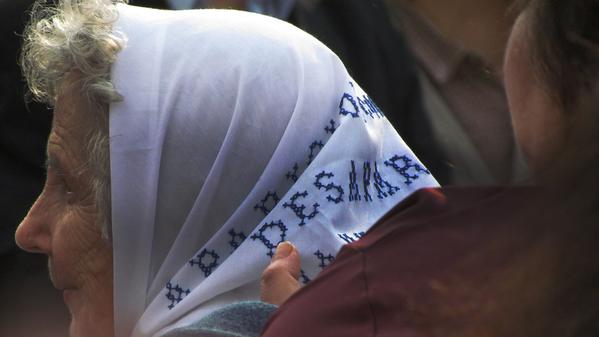 Buenos Aires: What lies beneath?

Buenos Aires is more than incredible architecture, great people and spectacular cuisine. Travel writer Rishika Sharma pulls back the layers of the capital’s past to reveal scars that run deep behind its neocolonial facades.

For most holiday makers dreaming of Buenos Aires, thoughts of sultry Tango are among the first to come to mind. Proudly painted as the “Paris of the Americas,” it’s easy to fall for the European allure of Buenos Aires: the midnight lifestyle, El Teatro Colon opera house, and the rustic market stalls of San Telmo. At first glance, it’s not hard to see Buenos Aires solely as a modern metropolis peppered with antique architecture telling of a Spanish and Italian heritage.

While backpacking from Cuba down to Brazil, an image plastered everywhere from city graffiti to bumper stickers on taxis and trucks, first challenged my perception and intrigued me most about Argentina. Though controversial, the iconic visage of Ernesto Che Guevara highlighted to me that there was also a Latin fire running though the cobblestoned capital, and once I arrived in Buenos Aires, I was determined to seek it out. I grabbed some maté and empanadas with a local Peronista, Martina, who explained that if it was authentic Argentine passion I was searching for, I needed to ditch the moonlit milongas (tango events) and meet her at 3 p.m. at Plaza de Mayo on Thursday.

Rooted in history, Plaza de Mayo is a historic square in the centre of Buenos Aires where the notion of the country's independence from Spanish rule was first born at the Cabildo Abierto (open assembly). 200 years on and it's still an active stomping ground for battling civilian oppression. But today's revolutionaries have swapped metal helmets for white headscarves. Collectively known as the Madres de Plaza de Mayo, they're a force of grandmothers, now mostly in their late 80s, who have come to the same spot for almost 40 years to demand reconciliation with their disappeared children and grandchildren.

As I mix among a crowd of supporters, megaphoned chants muffled by wails, screams, and pure protest envelope me. I’m met by Martina, who explains that during the autonomous control of the state by the military junta, it was illegal for groups to congregate in public spaces. Instead, the mothers all met at Plaza de Mayo and orbited the square — “there's nothing illegal about that”— she adds with a cheeky gleam in her eye.

During the hour-long rally, stories of various emotional degrees are orated. First re-told are the sinister tales of the infamous Death Flights: savage plane journeys designed to mercilessly dump into the Pacific Ocean live bodies of those who dared speak out against the government.

I also hear stories of how young kids were stolen, either from the streets or during their daily school run. One of the Madres remembers that while her pregnant daughter was imprisoned for political differences, upon delivery, her grandchild was snatched and donated to a more “appropriate family.” In commemoration, the Madres wear white headscarves made from the nappies of their taken kindred, now the symbol for their struggle.

The tragedies of the disappeared children –– an entire generation lost to their families through government orchestrated schemes within the National Reorganization Process –– are obviously heart-wrenching, but, importantly, they’re an eye-opener. Throughout my travels I was constantly sold a South American dream of life in Buenos Aires: a sexy mix of European and Latino culture in an insomniac city with a play-hard attitude, far removed from the civil war in Colombia, the at times dangerous reputation of Mexico City, and challenges of daily life in Bolivia.

Martina explains that there are many people her age, 30 to 40, who have always felt like outsiders in their own homes — physically or mentally. And though some have tried reconnecting with their former families, a huge moral dilemma exists for those on good terms with their “adoptive” parents. She asks me rhetorically, “Could you really send the man you've called your father to prison on charges of war crimes?” I’m speechless and left feeling dumbstruck and like a real outsider. A real tourist.

Buenos Aires can easily put you under her spell. A natural beauty, skimming the surface of her wonderful offerings — Casa Rosada and Recolota Cemetery, the abundant asados and parillas, and of course the football hub of La Boca — can leave you feeling fulfilled. However, I strongly urge anyone curious enough to take a peek beneath her veil to stroll into Plaza de Mayo on any Thursday afternoon and come vis-à-vis with the real faces of Rio del Plata.

G Adventures runs a number of departures in Argentina encompassing a wide range of departure dates and activities to cater to different tastes. We’re thrilled at the prospect of showing you this big blue planet of ours — check out our small group trips here.