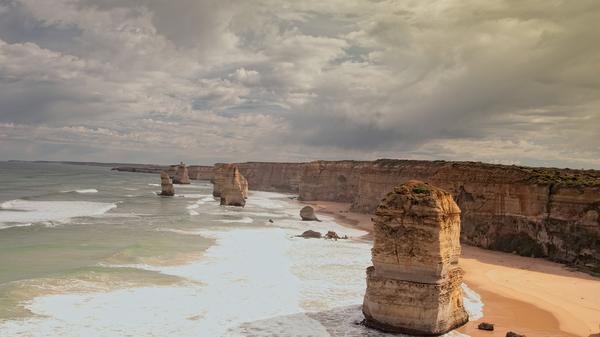 Best of Australia - State By State

Eager to sink your teeth into Australia but feel overwhelmed by its massiveness? Wanderer-in-Residence Gary Arndt shares his state-by-state list of the top things to see Down Under.

Australia is a huge country with a surface area approximately the size of Western Europe. It is so big that I prefer to think of it as several smaller countries rather than one big one. Each Australian state has its own attractions and experiences that make it great.

I’ve spent over half a year in Australia visiting every state, capital city, and UNESCO World Heritage site. Just last December I spent the entire month with G Adventures travelling around the eastern half of the country. Here’s my state-by-state list of the top things to see Down Under:

I’ll start with Tasmania, because people often forget about it. Because it’s an island detached from the rest of the country, it doesn’t get as many tourists. That’s too bad, because Tasmania is the most lush and green part of Australia.

The top thing to see in Tasmania are the Eucalyptus regnans trees, aka the Giant Eucalyptus. Located in several national parks, these massive trees are the largest hardwood trees in the world and the second tallest trees on Earth after California’s giant redwoods.

Western Australia is a behemoth of a state, comprising almost one-third of the entire country. In the Kimberly region up in the northern part of the state lies the Bungle Bungle Range, a collection of mountains that were unknown to the outside world until the 1980s! Today, it is protected by the Purnululu National Park, and getting there requires a great deal of effort. First you have to get to the Kimberly region, then you have to drive about five hours from the closest city to get to the Turkey Creek Roadhouse. From there, you can then take a 4x4 bus which drives you another three hours to the park itself.

Once there, you can see the incredible beehive dome formations as well as some dramatic chasms in the rocks. Purnululu should be better-known, but its remote location makes it hard to visit. For those that make the effort, however, it is well worth it.

Located deep in the South Australian outback, this small town was known as one the centres of the Australian opal mining industry. It’s also one of the more quirky places you will ever visit.

For starters, many of the buildings in town are underground. This tradition originally began when opal miners slept in the holes they dug in order to escape the oppressive heat of the summer months. All around the town you will see mile after mile of dirt mounds, the result of opal mining operations. Each pile of dirt has a corresponding hole which you have avoid falling into.

Coober Pedy is also next to a geological formation known as the Breakaways, which is as close to the surface of Mars as you will find on Earth. Coober Pedy was also the home of “Crocodile Harry,” the inspiration for the character Crocodile Dundee.

Uluru is perhaps the most iconic image in all of Australia. Also known as Ayer’s Rock, Uluru stands 348m (1,142 ft) above the surrounding terrain. Sacred to the local Aboriginal people, Uluru is one of the most popular attractions in the country.

One of the striking features of the rock is how it changes colour throughout the course of the day. At sunrise and sunset, it can appear to be a very dark red; at midday, it appears much lighter.

Not to be forgotten is nearby Kata Tjuta, a rock formations which can easily be seen from Uluru. Actually taller than Uluru, Kata Tjuta has been cleaved and cracked so it is possible to actually walk between the massive rock formations.

Conditions at the park can vary wildly depending on the time of year you visit. Temperatures can dip below 0°C (32°F) in the winter and soar up to 50°C (122°F) in the summer.

The Great Ocean Road along the southern coast of Victoria is one of the greatest drives in the world. The sandstone of the coast has been carved over the centuries by the relentless Southern Ocean, resulting in a series of stunning seascapes. Unlike many of the other places I’ve listed, the Great Ocean Road is easily accessible from Melbourne and can be done as a day trip if you leave early in the morning.

In addition to the rock formations you’ll see along the road, you can also visit the Cape Otway Lightstation and have lunch in one of the several small towns along the route.

Sydney Harbour creates one of the most famous skylines of any city in the world. The Harbour Bridge and Sydney Opera House are the two lynchpins of this iconic harbour. The bridge has a program where you can actually walk up on the top of the bridge, but if you’d like to save a bit of money, you can just walk on the pedestrian area on the bridge itself for free.

Sydney Harbour is also home to the greatest fireworks show on Earth every New Year’s Eve. People will set up camp a day ahead of time in order to get a good seat for the display.

The harbour is also home to two UNESCO World Heritage sites: The Sydney Opera House and the Hyde Park Barracks and Cockatoo Island, which are part of the Australian Convict Sites.

Keen on getting out to the Outback? G Adventures is pleased to offer a bevvy of itineraries to the Australian continent. And, with a wide range of departure dates and activities to cater for different tastes you've got nothing holding you back. We’re thrilled at the prospect of showing you this part of the world as you’ve never seen it — check out our small group trips to Oceania here.