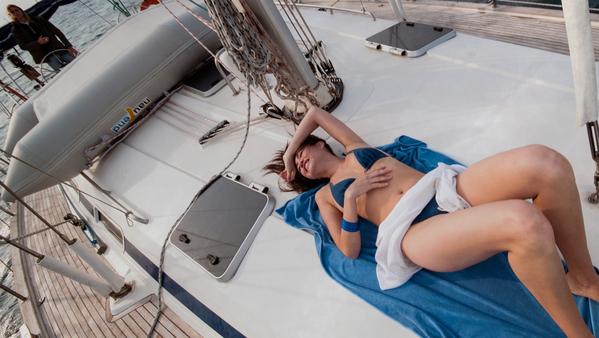 Best Place in the World to Take a Nap

Traveling can be equally exciting and exhausting. Even at the Panama Canal you can catch tiresome travelers catching some Z's.

Visiting the Panama Canal when in the city is a compulsory day trip much like Niagara Falls is for those that visit Toronto. I knew from my research that the best time to visit was after lunch in the afternoon when most of the ships pass through the locks. Once we arrived we passed through the museum which showcased how the canal was made and discussed how the canal is currently undergoing an expansion program. I was eager to grab a seat at the restaurant. I envisioned drinking over priced beer (for here 2 dollars would have been outrageous so really the price was right) throughout the afternoon slowly getting drunk in the afternoon sun on a patio overlooking the canal. Raising my glass to each ship as it passed through to the other side of the ocean.

My hopes for the afternoon were soon quashed when we were advised that we needed a reservation (what was this New York? We were at a flipping Canal for goodness sakes!) We were advised that if we wanted to eat we’d have to wait and pay $40 dollars for their buffet (which looked mediocre). I was rather irritated at their customer service skills (this is the countries top tourist attraction). We were told to go downstairs where there was a snack bar. I was hopeful we could get some delicious cheap eats, a few bottles of beer…all was going to be ok! Right?

Not so. We were all starving and arrived at the snack bar to a disappointing and overpriced menu. We soon found out that pretty much everything on the menu (other than hot dogs) was entirely sold out (it was 1pm). There was no way in hell I was going to eat a hot dog at the Panama Canal. The woman behind the counter scowled at us as we each went through the menu attempting to order such delights as mixed nuts, cheese empanadas or churros. At the mention of each item she frowned and shook her head. I almost rung her neck I was so peeved! How can the countries top tourist attraction have zero food at 1pm for a willing and paying guest! Worse was the fact that the staff were not bilingual and had the customer service skills of a piece of string dangling in a stale breeze. I ended up buying a can of orange Fanta and a tiny bag of onion flavoured chips. We overhead an announcement that the next ship would not be passing through the canal for another 90 minutes. With not much to do we visited the theatre where we enjoyed a well put together 20 minute video which showcases the history of the canal as well as how the locks work. Once back outside we walked up to a rather hilarious space where blue coloured bleachers face the locks. People sit for hours in the heat on these chairs just waiting for a ships to pass through. The 90 minutes message became over two hours of standing, waiting for a boat to putter past us. We had been at the locks for several hours now and had not yet “seen any action.” The Aussie’s were pouting and keen to go back but I was determined to actually see the canal in action. Finally a ship off into the distance started to move its way towards us at a snails pace. The crowd screamed and clapped (totally ridiculous you’d think they had seen a miracle). As the ship started to move towards the locks other tourists walked out onto the platform. For the next 30 minutes as the ship slowly entered the lock the viewing deck became a “fight for your space” battlefield. I even had a 70 year old plus gentleman push me to get a picture. I pushed him right back and scowled. Waiting another hour I decided to get creative and started taking pictures of tourists at the canal who had fallen asleep sitting up, were lying down passed out or just looked bored and exhausted. Funny enough I was standing across from a couple who made out while waiting for the boat. Seriously odd romantic space to enjoy a date.

The little Israeli girl who joined us spent the entire afternoon constantly talking, oblivious to the fact that no one was listening or responding to her conversation. She asked a million questions “how do the locks work, what is that smoke coming off the ship, how do they drop the anchor, why are people walking around on that bridge, what country do you think that ship is from…”on and on, in 32 degree humid heat. Her consistent banter and the fact that I was starving, standing in a massive pushy crowd and waiting several hours to see a boat pass through a lock had me seriously irritable. Finally two ships passed through the locks simultaneously. A large barge as well as a cruise ship. The local tourists at the locks cheered and waved at the passengers on the cruise ship. The entire Panama Canal experience was seriously underwhelming so if you do visit ensure to book a reservation at the restaurant so you can enjoy a nice view from their deck and drink yourself silly so that all that waiting doesn’t seem so painful.