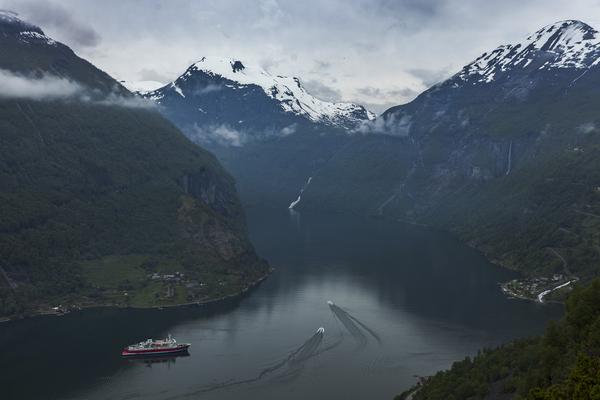 A guide to Norway's coastal towns

There's more than fjords from Trømso to Bergen

A visit to Norway is magic. It’s easy to rattle off some of the top sites you should visit during a trip there, but the real trick lies in combining some of the lesser-known places with the popular ones. Here are some of the best village stops that you can experience along the coast of Norway, if you’re sailing anywhere between Trømso and Bergen:

Holding the title of the northernmost city in Europe, Honningsvåg is the gateway to the North Cape. This village municipality thrives despite the harsh environment that surrounds it, and is the place to go if you love dramatic views. The 30-mile journey from the village to the North Cape gives you an intimate look at the arctic landscapes, mountains, lakes and it is possible to see reindeer grazing along the way, too. Tending to the reindeer are the Indigenous Sami people of Arctic Europe, who have inhabited the northern Arctic and sub-arctic regions of Norway, Sweden, Finland, and Russia for more than 5,000 years. Stopping in a Sami village during a visit to the North Cape is a highlight.

The poster child of northern Norway, the Lofoten Islands feature a variety of small fishing villages, mountains, beaches, and ocean views. With its white sand beaches and crystal-clear waters, some might find it hard to believe that the islands are north of the Arctic Circle. If you’re looking to try authentic Norwegian food that is special to the Lofoten Islands, Nusfjord, one of the islands’ many villages, is a great place to sample a variety of local fish dishes — plus, there’s a charming boardwalk in town for a post-lunch stroll.

The village of Å (yes, the town’s name is a single letter) has become a popular stop for visitors as it offers an opportunity to visit the Lofoten Stockfish Musuem and Norwegian Fishing Village Museum. And be sure to pop in to the Lofotr Viking Museum, featuring a massive reconstruction of a traditional Viking house based on excavations of a Viking village on the island of Vestvågøya.

Located just off the Arctic Circle, Lovund is known for the large Atlantic puffin population that nests there during breeding season. At that time, The island boasts more than 200,000 pairs of the iconic bird, making it a birdwatcher’s paradise. Accessing the viewing area requires a moderate uphill hike. Once there, you have a front row seat to the spectacular comings and goings of the puffins — they are best viewed in the evenings, when they are returning to their nests to feed their chicks.

Officially a group of 6,500 small islands rather than a single village, Vega is located just below the Arctic Circle and maintains a status on the UNESCO list of World Heritage Sites. Despite frequently inclement weather, Vega’s residents utilize the land to protect and encourage breeding of the area’s famous eider ducks by building artificial nests and warding off predators.

Despite being a very small village (there are just 250 permanent residents), Geiranger is one of the most famous and popular places to visit in Norway. This area is home to some of the most spectacular scenery in the world, all set within the impressive Geiranger Fjord, which was designated a UNESCO World Heritage Site in 2005. Not-to-be-missed sites include the Seven Sisters Waterfall, Eagle’s Bend Lookout, and the Norwegian Fjords Center. For an incredible view of the area, be sure to visit the tallest point of the fjord at Dalsnibba. It’s breathtaking.

Located deep with the innermost part of the Sognefjorden sits the tiny village of Ornes. Very much off the beaten path, it holds a spectacular piece of Norwegian history: the 12th century Urnes Stave Church. Built around 1130, this church is believed to be the oldest of its kind, and features some spectacular Viking-era animal carvings along one side of its exterior.

Want to visit Norway's tiny towns for yourself? G Adventures can get you there. Check out our Arctic Expedition tours here.