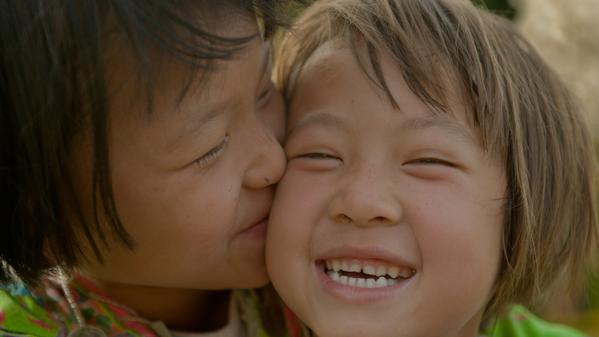 A Brief History of Kissing Across Cultures

Pucker up with G Adventures' very own Daniel Sendecki as he spans the globe in pursuit of everything there is to know about everyone’s favourite social gesture—the kiss.

by Daniel Sendecki Posted on 12 February 2015

Snogging, smooching, necking—whatever you call it, everyone’s doing it. Or are they?

The answer might surprise you. Kissing isn’t universally accepted and, even today, there are some cultures that have no place for it. Indeed, some 650m people—or about 10% of the world—don't partake at all. Until contact with the West, for example, kissing wasn’t practiced among Somalis, the Lepcha people of Sikkim or Bolivia’s indigenous Sirionó.

So, while most cultures engage in the embrace in some form or another, many have differing views on its practice. This has led some to suspect that kissing is simply cultural. While others believe it serves a biological function to aid in sexual selection. It’s more likely the answer lies somewhere in between. While we all share the biological imperative to kiss, its style and expression are shaped by our culture and experience.

So where did the kiss first appear? And how did it evolve to become an intimate act? Pucker up and join us as we span the globe pursuit of all there is to know about everyone’s favourite social gesture—the kiss.

India: The first kiss is the sweetest

Some believe India to be the cradle of the modern romantic kiss, born from the ancient custom of ‘sharing’ one another’s breath. While the earliest evidence of kissing is thought to be preserved in early Indian sculptures, anthropologist Vaughn Bryant points to earlier Hindu scriptures that mentioned people "sniffing" with their mouths, and later described lovers "setting mouth to mouth." Bryant believes that the kiss spread to the West in the wake of Alexander the Great after he invaded India in 326 BC, when he was turned back at the Kyber Pass and made his way back to Europe.

Even though the kiss may have originated on the subcontinent, its practice has traditionally been regarded by Indians as a private matter meant for the bedroom. Today, locking lips openly in some parts of India is considered indecent and could net you jail time.

Italy and Greece: Sealed with a kiss

If the Greco-Roman Empire didn’t invent the modern romantic kiss, the Italians and the Greeks certainly perfected it. That shouldn’t come as a surprise—the Romans were habitual kissers. In fact, kissing is one of their greatest legacies.

For the Romans, kisses fulfilled purposes from the social to the political to the legal. In an age of widespread illiteracy, signatories would draw an ‘X’ on a contract and kiss it to make it legally binding. You’ll notice, of course, that this relic from the Roman Empire is still in common use. Like Alexander’s army, the Roman military spread the practice far and wide; later, European explorers who locked lips would carry the kiss to new cultures.

France: To kiss with tongues

While we have lots of things to thank France for—crepes, antibiotics, the pencil sharpener—the so-called ‘French Kiss’ is not one of them. In fact, the French didn't even have a verb to describe the most passionate of kisses until just a couple of years, when it was added to Le Petit Robert dictionary.

Prior to that, "Galocher”—a slang verb which means "to kiss with tongues"—wasn’t officially recognized. As you would expect, the lack of a specific term never really prevented the French from doing it. In fact, the practice of “French kissing” is believed to have been brought back to the English-speaking world by British and American soldiers returning from Europe after World War II.

Charles Darwin was one of the first to point out that kissing wasn’t practiced across all cultures. In his book The Expression of the Emotions in Man and Animals, he noted that kissing "is replaced in various parts of the world by the rubbing of noses." Early explorers of New Zealand observed that the Maori pressed their noses and forehead together as a form of greeting.

Called the Hongi, this social gesture encourages the exchanging of one’s ha (breath of life) with another. This is a practice common to a few other cultures, such as the Inuit, who it turns out were not merely rubbing noses but also smelling each other’s cheeks. From an evolutionary perspective, this is considered evidence that kissing may be more closely linked to our sense of smell than taste.

Thailand: Sniff it out

Which bring us to Thailand. Here, like in other parts of Asia, the modern romantic kiss is far from widely accepted. In 1897, anthropologist Paul d'Enjoy observed that in many Asian cultures mouth-to-mouth kissing was considered an “abomination”—in fact, “a form of cannibalism”.

Even today, the only form of public kiss you are likely to catch sight of in Thailand is the hawm-gaem—or ‘sniff kiss’. An expression of warmth, gratitude or appreciation, the ‘sniff kiss’ is executed by shutting one’s lips tightly inwards, pressing nose against cheek, and giving a long sniff.

Interestingly, some experts believe that this is how the modern romantic kiss evolved. Like in New Zealand, Thailand, and other cultures around the world, smelling a loved one's cheek has long served as a means of recognition. Over time, a brush of the lips may have become a traditional accompaniment to smelling one another.

Japan: There are no words

Because kissing on the mouth was considered to be as intimate as sex—and therefore relegated to the bedroom—the first European travellers assumed that the Japanese didn’t kiss. In fact, until recently, Japan may not have even had a word for kissing —a pretty good indication that the practice (to the extent that it now exists) is a fairly recent phenomenon.

Even as late as the 1930s, kissing in public was a shocking spectacle. When August Rodin’s sculpture Le Baiser (The Kiss) was exhibited in Tokyo, for example, it remained shielded behind a bamboo screen to avoid offending the public. Today, the Japanese now describe the practice as kisu—having borrowed from English. Kissing in Japan has slowly become more accepted in art and—among younger couples—in public.

Given the diversity and ubiquity of kissing around the world, it’s likely that we possess an innate desire to lock lips. Even if this gesture is rooted in our evolutionary past, however, it’s significantly shaped by our social norms and customs.

As we continue our march toward globalization, it seems that the modern romantic kiss is here to stay—and that might not be a bad thing. Whatever its origins, recent reports have shown that it offers a number of unexpected benefits. Those who kiss regularly enjoy stronger immune systems, report greater happiness and lower levels of stress when compared with those who don’t.

So, wherever you find yourself, pucker up and share a kiss. It’s good for you! Just make sure you’re not breaking any local laws.

Travelling with G Adventures is the very best way to get up close and personal with your planet in a way you’d never manage on your own. For more than 20 years, we’ve brought together people from all over the globe to create lifelong connections. This is your planet, after all—and the better you get to know it, the more it'll give you in return. Explore our small group trips here.