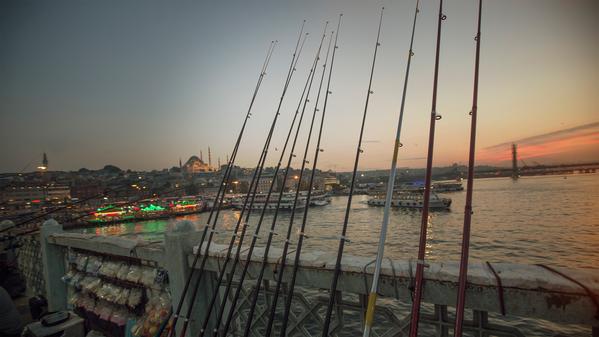 8 facts about sailing in Turkey

Throw off your bowlines and sail the Turquoise Coast

Know much about sailing in Turkey? No? Then read on, because sailing the Turkish Riviera is something that’s gaining popularity. It’s becoming “a thing.” Sure, the Greek islands are amazing, and of course the British Virgin Islands are stunning, but sailing the Turkish Riviera will give you the best of all worlds: rich culture, spectacular views, amazing food, and a super laid-back vibe. Here’s a little glossary of places, names, and words you’ll read and hear when learning about sailing through Turkey.

First and foremost, if you want to know anything about sailing in Turkey, it’s this name. The Lycian Coast lines the Aegean edge of southwestern Turkey and makes up much of the Turkish Riviera. This stretch of rugged cliffs and maritime cities and villages is named for the Lycians who lived here during the time of the Trojan War. (It’s not to be confused with the Lycian Way, a 540km (336 mi), 29-day waymarked historic coastal hiking trail.)

Many sailing expeditions along the Lycian Coast start in Bodrum, a city built on the site of the ancient Greek city of Halicarnassus. Bodrum used to be a quiet fishing village until the middle of the 20th century when intellectuals began moving here and made it a coveted destination for those in the cultural know. In the decades since, the city (with a population of just 136,000) has become one of the jewels of the eastern Mediterranean, attracting vacationing Turks and Europeans alike in search of a stunning seaside retreat. Don’t leave this place without taking time to wander its veritable warren of alleys and lanes.

It’s a word you’ll hear a lot in some Turkish cities and one you’ll especially appreciate if you come here in the sweltering mid-summer months of July or August. Sebil refers to the public water dispensers located aside streets and around several mosques. These dispensers look like small white refrigerators and usually have two faucets – a red one for warm water and a blue for cold.

Marmaris is another stunner of a city you can’t miss when sailing the Turkish Riviera. For much of the year, it’s another tiny fishing village (with a population of about 30,000). But during high-season, it transforms into a serious destination for Mediterranean party-goers with a nightlife to rival that of any of Europe’s coastal hotspots. Marmaris is said to resemble northern Europe’s fjords, yet these cliffs drop off to the gorgeous turquoise Aegean.

It’s the perfect time to remind you that the word “turquoise” quite literally comes from the French word for Turkish. Originally used to refer to the stone found throughout the country, “turquoise” is a word that will come to mind a lot when you’re sailing these bright blue waters. Yes, the word exists because of this place.

The Lycian Tombs are some of the most famous buildings carved out of rock in the entire world. These small Doric temples are cut out into sheer rock cliffs in the countryside around the Turkish town of Dalyan. According to belief, the Lycian dead would be ferried to the afterworld by winged sirens, so the tombs could be built into perilous locations like these. A definite must-see for you and your camera of choice.

Nearly all cultures have their iconic drink, and for the Turkish Riviera, it’s raki – a boozy, anise-flavoured aperitif that’s usually served with seafood or other Turkish dishes. This is the Turkish version of ouzo, pastis or sambuca. As you raise your glass, remember to wish your friends “serife” (“cheers”).

Fethiye is another major city in the Turkish Riviera and several sailing expeditions set out from (or end) here. It’s a traditional market town set around an incredible harbour that’s perfect for walking. It’s probably more famous, however, for the physical activities its surrounding regions offer, including one of the most famous paragliding destinations in the world as well as the ideal beginning point for setting out on the historic and life-changing Lycian Way. This place is huge for scuba diving too.

Up for a new kind of adventure? Test out your sea legs by sailing the Turkish Riviera. G Adventures offers some amazing small-group tours to the greatest ports of the turquoise Aegean, all aboard an incredible catamaran built for only eight people. Put your new words to the test and see it firsthand (and then never want to come home again).