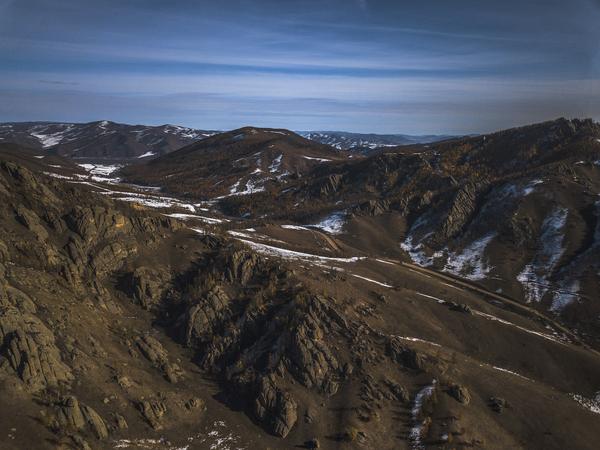 The rural, remote Asian country is a feast for the eyes

A lesser-explored part of Asia and the least densely populated country on the planet, Mongolia is characterized by its untouched, barren landscapes and some of the last remaining nomadic communities on the planet.

At 1.5 million square kilometres in size, it would take days to traverse from corner to corner in this land of extremes. From desert to rolling sand dunes; from rocky valleys to canyons; from lush, green national parks to snow-capped mountain ranges —Mongolia’s isolation and geographic diversity make it perfect for discovery via grand overland adventures. Here are five unmissable landscapes:

On the Russian border sits the mighty Lake Khövsgöl, Mongolia’s largest freshwater lake and one of the world’s 17 ancient lakes. At over 2 million years old, it’s a pilgrimage site of sorts, known for slow and scenic multi-day horseback rides through the surrounding valleys, marches and steeps. It’s here where people also come to meet the Dukhan: the nomadic reindeer breeders who reside specifically in this region.

The Gobi Desert conceals a surprising multitude of topographies. While the Khongoryn Els sand dunes — usually reached by camel back from a secluded Ger camp — are a highlight, the Gobi is also home to the hiking haven that is the Yolin Am canyon and ice glacier, as well as the Baga Gazryn Chuluu granite rock formations. With a 20-metre long cave and a scattering of ancient burial sites, these stones are worshipped by locals who make pilgrimages there; it is said that Ghengis Khan camped here before making his own journey through the Gobi.

For swaths of lush green forest and rolling hills, head to the Orkhon Valley, where many take on the short hike to the Tuvkhon Monastery — which sits at an elevation of 2,600 metres — or to wander amongst the ruins of 8th century Turkic memorials. There are also hot springs to relax in, and the Ulaan Tsutgalan waterfall, fed by the waters of the Orkhon River.

The East: The Biosphere National Parks

To try your luck at spotting a wild Takhi horse, better known as Przewalski’s horse, you must go to Khustain Nuruu National Park. It’s a protected area, because it is a remarkable biosphere home to hundreds of rare and unique species of flora and fauna. It was here that the Takhi — once extinct in the wild — was reintroduced right here to its native habitat.

Gorkhi-Terelj National Park is the national park closest to the capital, Ulaanbaatar. The majority of the park remains off-limits, but visitors can still traverse the rocky hilltops to see the affectionately named Turtle Rock.

For avid trekkers and mountaineers, the largest and highest mountain range in Mongolia — the Altai — is calling. Accessible from Altai Tavan Bogd National Park, there’s all manner of multi-day treks through this pristine landscape, where you can climb to altitudes of more than 3,000 metres. An area where nomadic herdsmen have long gathered, this region is also where you can meet the Kazakh people — known for their expert eagle training.

Ready for a trip to Mongolia? G Adventures can get you there. Check out our small group tours to Mongolia here.