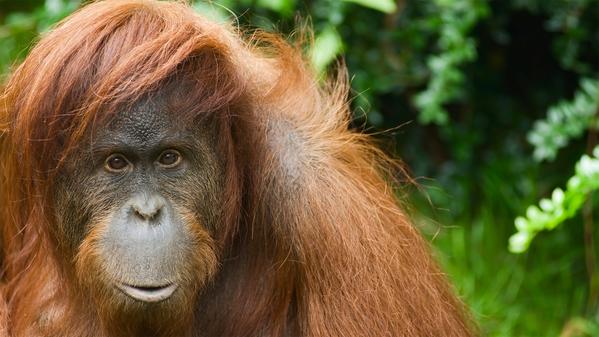 There's a diversity across Indonesia that is unique in the world. The planet's largest archipelago stretches across the water for thousands of kilometres, creating pockets of culture and nature isolated from the rest of the country. On the islands of Indonesia, these little ecosystems have developed independently for millennia.

Many of the international visitors to Indonesia head straight to the popular holiday destination of Bali but, a bit further afield, there’s a wealth of treasures to uncover. From incredible animal species to ancient temples, these sights will leave you speechless. Here then are five of the top sights in Indonesia that will make your jaw drop.

Biologically, orangutans are one of the closest animal species to humans. To see them in the natural habitat is almost like looking into a mirror – even more so if you are covered in orange hair.

Orangutans are native to Borneo where it's estimated about 35,000 of the animals live. Their natural habitat is being threatened however; the jungle they live in is being cut down so farmers can use it for palm oil plantations.

One of the best ways to see them for yourself is to visit one of the organizations working in Kalimantan (the largest part of the island and belonging to Indonesia) to help protect the animals. Established in 1971, Camp Leakey is one of them and you can reach it by taking a klotok boat up the river. There you’ll see the orangutans close up and learn more about the people working with them.

Komodo dragons are remnants of a time when large reptiles covered this part of the planet. They live on just a few small islands and with no predators in their relatively isolated habitat, Komodo dragons have lived without change for millions of years. They are an important piece of evidence in the study of evolution and ancient animal species.

It's possible to visit two of the islands where the dragons live: Komodo Island and Rinca Island. The animals live freely and, as a tourist, you need to adapt to their world. The local rangers will walk with you, although the only protection they have is a forked stick to push away the killer reptiles if they come too close. For the most part, the animals are quite docile but there have been occasions when visitors have had to run and climb a tree when a dragon has tried to attack.

There is no shortage of volcanoes across the archipelago of Indonesia. It was, after all, in the west of the country that one of the deadliest eruptions in the world took place in 1883 when Krakatoa exploded.

The active volcano of Mount Bromo in east Java is one of the best to visit if you want to see for yourself a smoking hole leading into the earth. Mount Bromo last erupted in 2011 but the water in the middle of the crater is still bubbling away today. There are two ways to see this incredible place. The first is to climb a nearby peak for sunrise and watch the sky change colours as the morning begins. The view out over the caldera is a beautiful way to start the day. Once there’s enough light in the day, people then begin to climb the volcano itself (or go up by horse). The volcano is surrounded by a sea of sand that gives the area an otherworldly feel.

Although Indonesia is predominately Muslim these days, it is a religiously tolerant society and its history is full of the influence of other faiths. For a long time, Buddhism played a large part in the culture of many of the country’s islands.

Built around the 8th century, Borobudur is the largest Buddhist temple in the world. It was lost for hundreds of years and only rediscovered in the early 1800s. A massive operation was carried out to clear away the jungle that had grown around it When you visit it, you can climb the large staircases to the top, through the nine different levels of the temple with their relief panels. The 72 small stupas on the highest level each have a Buddha statue inside. One of the best times to visit is at sunrise, as the first rays of the day hit these statues. The crowds also aren’t nearly as big at that time of the day.

If you’re travelling between the islands of Indonesia, there’s one final thing you can’t miss – the beaches. The clear waters that flow through the archipelago have some of the best diving or snorkelling you could ever find. But, with the tropical climate and the relaxing lifestyle, it’s easy enough to enjoy the sea from the sand.

There are thousands of beautiful beaches in Indonesia but, if you’re looking for an extra special one, you can’t go past Kanawa Beach. It’s on a small island near the Flores port town of Labuan Bajo. There are hardly any other people there and at times it feels as if you’ve the whole place to yourself. There is a small dive shop if you feel like exploring the depths of the water. However, you only need to snorkel out a few metres to see some incredibly colourful fish. The best thing about it all is that you can rent small bungalows right on the beach and relax for a few days in your own tropical paradise.

Even beyond these amazing sights, Indonesia is full of incredible things to experience, beautiful places to visit and warm people to meet. With a bit of determination and energy to see some of the lesser-known sights however, you’ll have an adventure here like you won’t find anywhere else.

G Adventures runs a number of departures to Indonesia encompassing a wide range of departure dates and activities to cater for different tastes. We’re thrilled at the prospect of showing you this big blue planet of ours — check out our small group trips here.