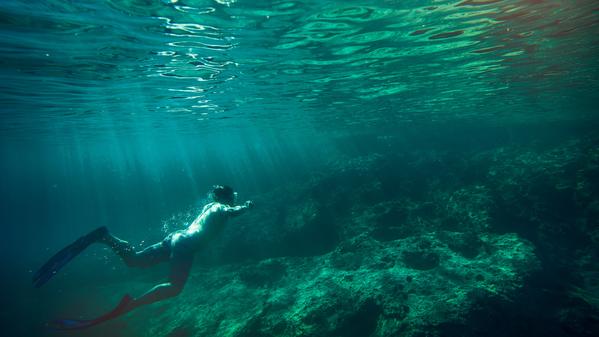 With a little imagination and a sense of adventure, it’s still possible to find the road less travelled in Europe.

There’s more to Europe than what can be seen through the bottom of a beer glass in Munich, out of a café window in Paris, or from crashing on a friend’s floor in East London with 20 other money-strapped travellers. With a little imagination and a desire to seek out the unknown, it is still possible to take on the road less travelled in Europe. To help, here are my top five European adventures that just can’t wait…

Arriving in Berlin can make you question why no one sent you the waxed moustache and horn-rimmed spectacles memo. As the unofficial hipster capital of Europe, Berlin has its fair share of cool and questionable. Not only is your seat for breakfast at a roadside café likely to be a recycled milk crate, your posterior will likely be cushioned by a pillow made from an old pair of jeans.

Those travellers seeking the hidden hipster hangouts of Berlin should venture to Kreuzberg. Once one of Berlin's poorest neighbourhoods, Kreuzberg is now home to an array of obscure drinking venues, like punk-metal bar Clash, pop-up art shows, and independent fashion boutiques. Travellers looking to cool off in Kreuzberg (and dial their irony levels up) can also go swimming in a floating swimming pool that sits on the River Spree.

Paris is a city for art lovers, but today’s “cultural crusaders” face a dilemma when visiting. Do you don a beret, tuck a book of socialist history from a now non-existent Eastern European country under your arm and walk aimlessly through the Louvre? Or rather, do you shun the classics and seek out the exciting underbelly of Paris’s burgeoning street art scene?

Home to some of the most innovative stencil art in the world, travellers are increasingly taking to the streets in Paris to get their cultural fill. One of the city’s most infamous urban illustrators, Invader takes inspiration from the 1980s cult classic arcade game Space Invaders and his pixel artworks can be found glued to buildings around the metropolis. Christian Guémy (also known as C215) has large-scale works in many parts of Paris, often covering the entire side of a building. His distinctive stencil artworks focus on people that society aims at keeping hidden.

Thick chunks of tuna fall into a vast crimson sea of softened red peppers. The cook — a factory worker by day — takes care to wipe the bench clean of splash marks as though he was polishing a car for his daughter’s wedding. There is a mound of rough, earthy potatoes waiting to be guillotined on a wooden chopping board, and it is clear that there is more work to be done.

Perhaps more than anywhere else in Europe, Basques are obsessed with food. Since the 1870s, Basque men have been gathering in small groups to swap recipes and cook together in secretive, member-based communal commercial kitchens called txokos, or societies.

It was during the oppressive years that the dictator Franco ruled Spain that txokos not only filled the stomachs of the Basque people, but also became an unspoken venue of defiance. They were one of the few places where Basques could legally meet without state control. A place where they could speak the outlawed Basque language, sing Basque, and be Basque. Traditionally closed to outsiders, these days a number of cooking societies will allow visitors inside to experience the unique customs and local cuisine that make this region so unforgettably different from the rest of the continent.

4. Croatia – Hop along the Dalmatian coast

Spain and Greece may take the limelight when it comes to beach holidays in Europe, however, they often come with their own hazards of hard, rocky shorelines and the sight of middle-aged men strutting around in a pair of ill-fitting Speedos. For those travellers looking for a beach break minus the extra visuals, island hopping your way along the Croatian coast should not be missed. The azure waters and countless coves of the Dalmatian shoreline are a yachtsman's dream, with some of the best snorkelling in all of the Mediterranean. Those travellers looking for a bit of island glamour should head straight to Hvar where the nightlife can see you rubbing shoulders with the rich and famous, while those people who like to work up a sweat on their holidays should opt for a hike through the national park on the island of Mljet, an area made famous by Homer in Odysseus.

5. Salsburg – Jump into the unknown

While Austrians may be better known for their rich musical heritage (we’re talking more Mozart and less Sound of Music here), these days you are more likely to find the locals launching themselves into frothing rivers, or catapulting down the sides of mountains with only a set of skis, a GoPro, and a well-run state health service to support them, than you are to see them pick up a violin for an impromptu performance.

Austrians, blessed with a backdrop of snowcapped mountains and lush green valleys, have a love of the outdoors that is truly contagious. Travellers looking to experience what extreme Austria is all about should head to Salsburg for some of Europe’s best canyoning. Following the course of the c gorge, wet suit wearing travellers can slide down narrow rock faces, jump into glacial pools, and come closer to natural alpine environments than you ever believed possible.