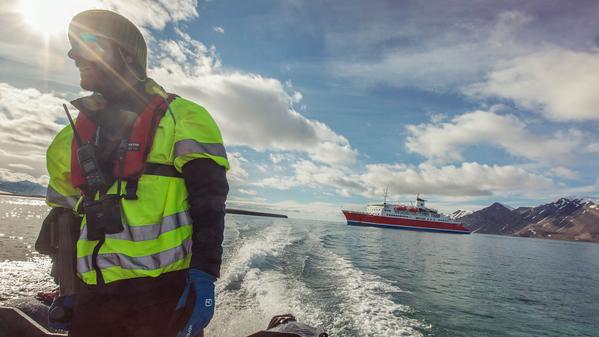 Go with those who know

The G Expedition has one of the highest ratios of expedition team members to guests – with one expert for every ten guests there is always someone on hand to answer your questions and provide greater insight and appreciation of the world at its extremes. Our expedition team is comprised of professional and highly skilled historians, marine biologists, and naturalists who offer keen insight and a unique personal perspective to each and every adventure. 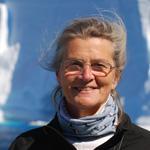 Holding a degree in Environmental Science & Education from Cornell, Susan worked with both the US Fish & Wildlife Service and the Department of Parks & Recreation of her native New York before the Expedition. A dedication to environmental education led her to found a not-for-profit project that introduces school groups to the remote areas of the world through electronic media. Since becoming an Expedition Leader in 1989, Susan has led over 200 trips among the most exotic locations on Earth. One of our most decorated leaders, she has been recognized by the National Geographic Society, the National Audubon Society and other esteemed organizations. When Susan’s on board, you’re in good hands. Promise.

Terence (Scobie) Pye is a research scientist with a Master of Science degree and decades of research time in the Antarctic. His main scientific interests are focused on the conservation and management of the sub-Antarctic islands, the impact of introduced mammals on these fragile ecosystems, sustainable tourism in the Antarctic and the history of the region. Scobie brings his years of professional experience in the logistical support and safety of polar operations in Antarctica to the Expedition's polar operations in the Arctic. In 1978, Scobie was awarded the Fuchs Medal for outstanding service to the British Antarctic Survey. 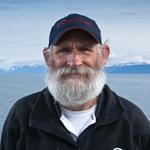 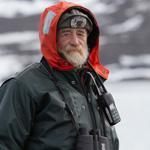 Born into a bilingual family in Quebec, Tom earned his PhD from McGill University’s Marine Sciences Centre on the strength of his pioneering research on the population dynamics of the ringed seal in Canada’s Eastern Arctic. After years working for Canada’s Department of Fisheries and Oceans, he retired from science to devote himself full-time to his environmental consulting firm, which provides planning and logistical support to polar tourism and filmmakers. Tom knows the Arctic intimately; in the winter of 1976, he traversed the 4,200-mile Northwest Passage by snowmobile, and later worked as a researcher at the Norwegian Polar Institute in Svalbard, studying seals, reindeer and walruses. He’s also written a firearms safety manual specific to polar bears, breeds and trains Labrador retrievers, and is in the middle of a six-year study of polar bear interactions with tourist vessels.

Born in the UK, Alex trained as a geologist, conducting research on CO2 sequestration and magma chamber processes as well as performing work on oil extraction and mining challenges. Today his research interests revolve around the use of expedition cruise vessels to perform data collection in some of the world’s most difficult to reach places, with a particular focus on sea ice research. Alex has spent a number of years rock- and ice-climbing and ski mountaineering throughout the world. He has skippered and delivered yachts throughout Europe and is a Fellow of the Royal Geographical Society and of The Explorers Club. 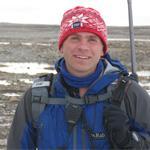 A graduate of the University of Toronto’s Operatic Performance program, Jeff Wiseman is a multi-faceted individual: recording artist, singer/songwriter, choir director, concert performer and world traveller. His adventures have taken him to Austria, Scotland, South America and Australia. In 2009, he spent 10 days camping with the Inuit of Nunavut as they traversed the Arctic tundra gathering their winter food supplies. Wiseman has a boundless enthusiasm for the outdoors, music and adventure. 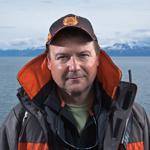 Josi was born in Curitiba, Brazil and has been working at sea for several years. She started her career in the hotel department on cruise ships such as Island Star and Island Escape and has sailed the Mediterranean and the Caribbean. Josi began working with G Adventures in 2010, and has served passengers on G Expedition cruises in Antarctica, the Arctic, South America, and West Africa. 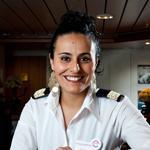