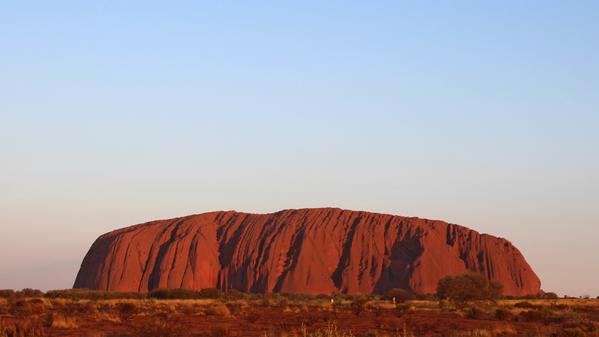 Whether you're a lifelong Aussie or someone who dreams of travelling down under, we’ve got five books to transport you to its sunburnt landscapes with gripping stories from all walks of Australian life.

1. Carpentaria: A Novel, by Alexis Wright

Desperance may be a fictional coastal town in northern Queensland, but Wright’s vibrant storytelling makes it feel like a place you could visit tomorrow. She invents a place and people in crisis to bring Indigenous struggles to life. We meet Norm Phantom, an Aboriginal mystic, who leads battles with neighbouring Indigenous communities as well as big mining corporations on sacred lands. Carpentaria sparkles with magical realism while exposing the realities of post-colonial life.

2. The True History of the Kelly Gang, by Peter Carey

Stolen horses, bushrangers and bare-knuckle boxing matches! Set in rural southeastern Australia, Peter Carey crafts a fictional first-person account of the legendary Ned Kelly, the most wanted man in Victoria. He’s on the run for being a thief and murderer but still finds time to write ‘his truth’ down for posterity and his daughter. If you’re a fan of commas, this may not be for you as there isn’t a single one to be found in the book. It did, however, win both the Man Booker Prize and Commonwealth Writers Prize in 2001.

3. The Songlines, by Bruce Chatwin

The author of In Patagonia, heads instead to the desolate outback of central Australia. Thanks to his own nomadic and restless spirit, he’s eager to learn how ancient Aborigines walked to sing every rock, tree and watering hole into existence. In Alice Springs, he hooks up with Arkady Volchok, a Russian-Australian who lived with Aboriginal people and learned their language, as his guide and travel buddy. Together they follow invisible lines to meet up with and hear the stories of Aboriginal teachers, priests, self-appointed keepers of culture and landowners.

4. Tracks: A Woman’s Solo Trek Across 1700 Miles of Australian Outback, by Robyn Davidson

Robyn Davidson opens her book with: “I experienced that sinking feeling you get when you know you have conned yourself into doing something difficult and there’s no going back.” In other words, mistakes were made. The good news is Davidson faces all of it — the poisonous snakes and men, four skittish camels and the unforgiving heat — with wit and tenacity. Plus, there’s a good boy named Diggity by her side. Enough said.

5. In a Sunburned Country, by Bill Bryson

Pretty sure it’s a minor crime for any travel book enthusiast to not have this one on the shelf. It’s famous for helping popularize the notion that everything in Australia wants to kill you. Box jellyfish! Trapdoor spiders! Blue-ringed octopus! Every kind of venomous beast is ready to strike but don’t let that scare you. Did we mention riptides and scorching heat? Relax and let Bryson’s wry humour take you on a wild ride way off the beaten path. Just watch out for drop bears!

Ready for a trip to Australia? G Adventures can get you there. Check out our small group tours to Australia now!