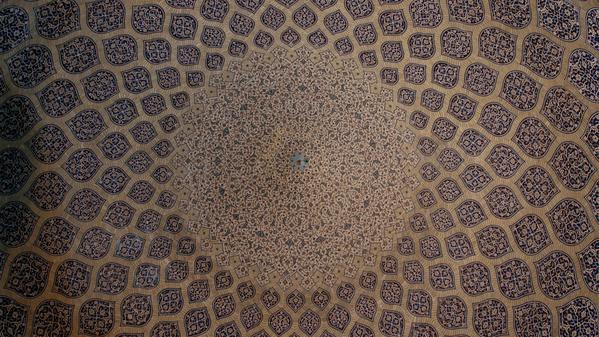 ‘It’s Dangerous’ and other misconceptions about travel to Iran

Iran made the cut on our handpicked list of destinations to explore in 2017 — selected by the experts from G Adventures! From the awe-inspiring landscapes of Montenegro to the world’s happiest kingdom, check out our collection of places to explore here.

The concept of travel to Iran is steeped in misconception and confusion. Many long to discover the historical treasures of the ancient civilizations of Persia, yet are deterred by a bias that negatively colours travel to the modern day Islamic republic.

The reality is that travel to Iran is safe, accessible and indescribably thought provoking. Iran may be misunderstood, but it is neither off limits nor dangerous — and despite what you hear about Iran disliking the West, its government’s politics are not representative of its people. Iran is a destination you must see for yourself.

It used to be only Americans who had restrictions placed on them; however, as of February 2014, British and Canadian citizens were added to the same list. That said, not all is lost. It just means that citizens of these countries have to travel as part of a guided tour, either as a group or by hiring a private guide.

All nationalities, regardless of guided restrictions, have to obtain an authorization code from a certified Iranian tour agency before being able to apply for a visa. (This code is something G Adventures will facilitate for you.)

Reality: If you are from a restricted country, it is still possible to wander freely in each destination. (It’s really the travel from destination to destination within the country where guiding is required.) Restriction doesn’t mean 24/7 monitoring.

Iran is not safe

As I highlighted in my social commentary post, “It is foreign visitors who will come and see that the West all too often reports on the absolute worst of it all, without separating the people from its government.” The media is full of stories of the dominating regime and nuclear weapons programs, but like any country shrouded in complex history and negativity, this is a place you need to visit to decide for yourself.

I never once felt threatened, unsafe, or at risk in Iran, even when I was wandering the streets of Tehran with another woman. In fact, the policed nature of the state probably means you’re more likely to be protected. And while Iran has been slow to pick up as a destination for independent travellers, they are there. Tour groups dominate the travel landscape but exploration of Iran is more fascinating than it is frightening.

Reality: Don’t believe the hype. The only danger is missing out on something that is beautiful and incredibly interesting.

Westerners are disliked and unwelcome

Iran’s modern history is complex, and its relationship with the West fragmented, but nothing shatters preconceptions of society and politics here like meeting Iran's people. The current regime didn’t destroy the country’s remarkable history — nor did it force the open arms of its people closed. It’s said that the government tries to limit interaction between local people and foreigners, but you’ll have constant interaction. Everywhere you go you will be greeted by hellos, offers of home stays, and hospitality. These people want you to see them differently. They want the chance to say they don’t hold any hatred, only a desire for for friendship.

Reality: You will never forget the kindness and enthusiasm of the people of Iran. They are welcoming—and it’s just as important for them to see that the mindset of the West is not crafted from the stereotypes they hear.

Travel to Iran to visit ancient Persia and to understand the makeup of its modern-day society. Your preconceptions will be shattered and you’ll discover that not everything you hear is true. A trip here will stay with you forever.

Becki travelled on the Iran—Discover Persia tour with G Adventures and you can, too. We’re thrilled at the prospect of showing you this big blue planet of ours — check out our small group trips here.