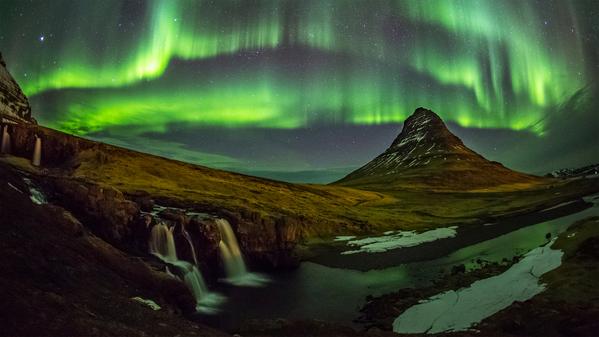 ​6 breathtaking photos of the night sky

From the Canadian Rockies to Finland’s Lake District, we searched Instagram for six stargazers who've turned staying up all night into an art form.

The stars of the night have tempted the imaginations of photographers since the advent of film. Follow the gaze of a new generation of astrophotographers who've taken to Instagram and see the world from a whole new perspective. Here are the accounts of six photographers whose feeds cast a little light into the darkness of night.

Mikko Lagerstedt is an award-winning fine art photographer from Finland. He’s developed a distinctive style that his peers describe as “true to the moment”. Meghan Young of Trend Hunter writes of his style: “It's utterly captivating; the images are full of imagination that endeavours to relay a sense of magic after dark."

Hailing from the East Coast of the US, Stephen Ippolito is a landscape photographer. Writing on his website, Ippolito describes his approach: “I am deeply passionate about composing photographs that will leave the viewer with a connection or a sense of passion about the scene—whether they have been there or not.”

Elia Locardi is an internationally recognized travel photographer who spends his life seeking out and capturing some of the most beautiful landscapes in the world. Elia has developed a widely recognized and highly unique style of travel photography. With each photograph, his goal is to share his vision so others can see the world as he does, full of color, texture, depth and emotion.

Paul Zizka is a mountain landscape and adventure photographer based in Banff, Alberta. Specializing in photographing in difficult conditions and hard-to-reach places, Paul has a passion for shooting alpine sports and backcountry experiences, capturing the spirit of adventurers and finding unusual angles of common mountain subjects. As a landscape photographer, he particularly enjoys the challenge of capturing nature’s beauty at night and the unique features that come with a dark sky—starscapes and dramatic silhouettes.

American Michael Shainblum is a dedicated and charismatic photographer, perhaps most famous for his captivating Milky Way photos. Ever since he was young, Michael’s had a passion for creating and showcasing his vision of the world. He does this by venturing out into the landscape of the California Coast, he captures stunning views of the vast desert sky.

Based in the Canadian Rockies, Victor Liu is an award-winning photographer and poet. Victor's unique vision as a photographer is borne from his love of literature, painting and music, which make for the artistic and poetic elements in many of his works. Victor holds a master degree in Computer Science, which greatly contributes to his skills of photo editing and post-processing.