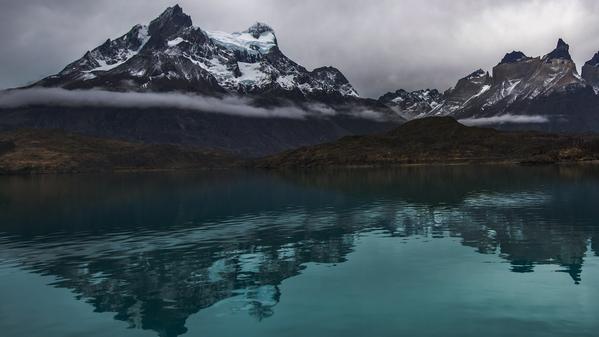 Writer Carolyn McCarthy applauds how two friends are travelling of the length of the Americas to connect with locals — especially women.

by Carolyn McCarthy Posted on 26 August 2016

“We start out as adventurous little girls, but what do we become?”

This question motivated Bethany Hughes and Lauren Reed, who embarked in November 2015 on a trip to travel the length of the Americas, from Ushuaia, Argentina, to the Arctic Ocean, fully by unmotorized means. In five years, their expedition could make them the first women to complete the journey.

The friends met in 2010 while thru-hiking (when you hike the full distance of a trail, end-to-end) the Pacific Crest Trail from the Mexico–U.S. border to Canada. Reed, a wilderness guide for at-risk kids in Moab, Utah, already had the Appalachian Trail and Continental Divide trail under her belt. Hughes started thru-hiking while studying abroad at Oxford. She would load her backpack with school books and head out for the Pembrokeshire Coast Path or the West Highland Way. On the trail she did her best thinking.

Post-university life proved less inspiring. Hughes wore heels to a desk job at a tax office. Something clicked as she read Born to Run by Chris McDougall, which is about distance running. He writes, “The Sierra Madres are the middle link of a mountain chain that stretches practically uninterrupted from Alaska to Patagonia.”

Hughes says, “I knew I was going to travel it. My first conscious thought was how tiring and difficult a journey it would be, but something was ignited.”

She started saving four years before the endeavour and, along the way, convinced Reed to join her for at least the Latin American leg. The two did a crowdfunding campaign and sought sponsorship and individual donations.

Few have come before them. In 1983, merchant seaman George Meeghan finished the route six years after starting. More recently, paratrooper Karl Bushby walked from Punta Arenas, Chile, to North America, arriving in 2012. Three others have walked the length of South America.

Yet, their goal is about more than the physical challenge. Empowerment, both for themselves and the larger community of women, is part of their motivation. While visiting communities along the route, they hope to exchange experiences and inspire a can-do attitude. Their Her Odyssey website profiles women they have met along their way, from artists to gardeners and mothers.

Immersing themselves in the culture of Patagonia has been an eye-opener. “Folks would literally give you their last piece of bread,” says Reed. “There is nothing like Patagonia hospitality that I’ve seen. We learned that it’s the guest’s job to say no, rather than the host’s.”

Hughes adds, “One of the cool things from that generosity is that it inspired generosity in us. As a backpacker you don’t usually share your calories.”

So far, their first season of hiking has taken them 2500km (1553 mi) through Tierra del Fuego and Patagonia, skirting between Argentina and Chile. They passed through landmarks like Torres del Paine National Park and the hiker’s mecca of El Chalten, as well as remote ranches and sodden peat bogs that kept them soaked for days, arriving in Bariloche as winter set in. In springtime, they will continue their northbound route.

Unlike their predecessors, they are largely forsaking roads for an Andean route. It’s both more scenic and a bigger challenge. So far, just half of their walk has been on established trails, the other half they describe as “walking in random directions.” Beyond joking, they use a Delorme GPS device and consult routes with mountaineers, map-makers, and local gauchos (cowboys) who know the land.

It would be hard to underestimate the outdoor skill required for this kind of journey, yet that’s the aspect the team most takes for granted. As seasoned hikers, they don’t whinge on about the toughness of the route, their blisters-on-blisters, or the weather.

To which Reed adds, “We are both stubborn women.”

They are practical women, to boot. Though their focus is hiking, they admit that security issues further down the route could make it more practical to cycle or paddle. Neither is opposed to assistance. In areas where safety is an issue, they might contract local guides, hopefully women, to help them securely navigate the threats while reinforcing a connection with the community.

One spring morning alongside the Beagle Channel, their years of dreaming and planning became reality. Hughes and Reed set out past a lighthouse, skirting a massive bull. In Ushuaia the mountains rose from the city like hulking sentinels. The steep slopes of the Martial Range were still dusted in snow. They forged three passes that first day, elated to “touch the toe of the Andes,” in the words of Hughes.

The challenges are not the ones you would expect. Neither anticipated how hard it can be to hike long distance with another person — to adjust your pace and make compromises. But then, the rewards are boundless.

“Standing in the passes, gazing north, it was humbling,” Hughes says, recounting those first steps out of Ushuaia. “That feeling has stuck with me every step of the way.”

G Adventures runs a number of departures in Patagonia encompassing a wide range of departure dates and activities to cater to different tastes. We’re thrilled at the prospect of showing you this big blue planet of ours — check out our small group trips here.