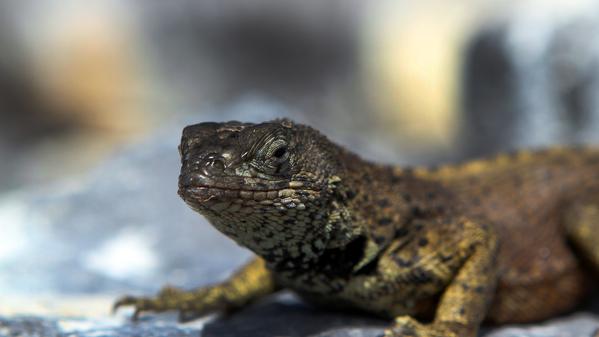 Didn’t get the chance to go on Gary Arndt’s photo tour in the Galápagos Islands? He’s distilled his tips for you here.

A visit to the Galápagos Islands — with its many chances to have once-in-a-lifetime experiences with animals only found there — will be one of the highlights of your travelling life.

Even if you have photographed wildlife in other places around the world, photographing in the Galápagos is a bit different. Unlike taking a photo safari in Africa, for example, the animals in the Galápagos are smaller, but you can also get much closer to your subjects.

Improve the quality of the images you come away with during your trip to the Galápagos Islands by taking these tips into account.

Make sure the eye of your subject is in focus

Human beings are designed to look at other people and animals in the eye. It is where our eyes are naturally drawn to when we’re taking in any image. If the eye of your subject is in focus, you can get by with other parts of the animal (such as a wing tip or a tail) being slightly out of focus. Unless you are taking a silhouette, or photos of a large number of animals, the eye should be where you are aiming your focus point.

Get close to the ground

Most people will take all their photos while standing. Unfortunately, almost every creature you will be photographing in the Galápagos is well below eye level. By bending, squatting, sitting or even laying down on the ground, you will get a different perspective — and usually a much better one as you are on the same level as the subject.

To take this photo of a land iguana, I had to get down to eye level so I could capture him walking toward the camera. This shot wouldn’t have been possible if I had been standing.

Try to capture some sort of behaviour

When you encounter an animal for the first time, your initial reaction is to point your camera and click the shutter. Many animals you’ll find in the Galápagos won’t be doing much of anything. Marine iguanas will stand perfectly still for hours in an effort to conserve energy. Even blue footed boobies will often just sit around doing nothing.

However, you will eventually see something happen. They could be feeding, fighting, mating, playing or flying. Capturing an animal in the act of doing something will make your shot more interesting.

In the below photo, I captured two flamingos who were fighting with each other. For 95 percent of the time I was watching the flamingo they were feeding with their heads underwater. While I did take many photos of the birds feeding, I waited for them to do something, and I ended up with this shot.

The natural instinct for most people is to take a photo of the animal in its entirety. There is nothing inherently wrong with that, but you can often get some great results by zooming in on a particular part of an animal, particularly the face. There is an enormous amount of detail you can only see if you zoom in (scales, feathers, etc).

Pay attention to the background

The photo you take isn’t just of the animal in your viewfinder, it is also of the background and foreground. I got this photo while several sea lions were playing in the water during sunset. I ran up and down the beach to try and get one of the sea lions to line up directly with the setting sun. Taking the time to get the alignment just right really made the photo and helped it stand out compared to many of the other photos I took of sea lions during that session.

See the Galapagos Islands on a Jane Goodall Collection by G Adventures tour. This selection of 20 of our incredible, wildlife-focused tours endorsed by world-renowned primatologist Dr. Jane Goodall has been designed to bring you into close contact with our planet’s most fascinating creatures in a manner that respects their freedom. Let this collection of adventures introduce you to the world in ways you’ve never imagined.