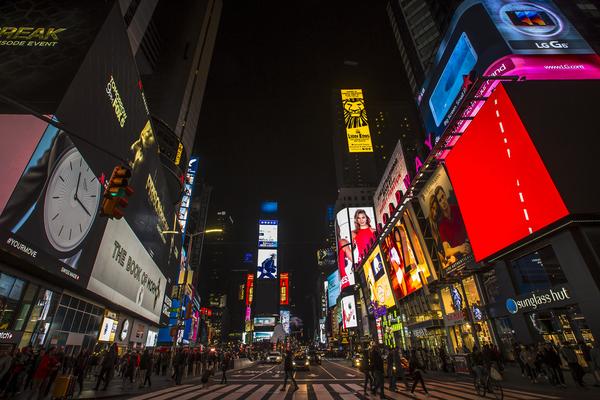 When only home-away-from-home will do

On the restorative, curative powers of travel

Have you ever had a day so bad that you just want to go home? To be home, I mean. That being wrapped up in the familiarity of the things you’ve put meaning into makes you feel much more comfortable and secure, surer than if you weren’t there? When I got laid off from my job at the start of this year — which is a really crummy way to start out a brand-new anything — I wanted to be home, I needed to re-calibrate, so I went to New York.

New York is not my hometown. There is a distinction — an important one — between the home where you were raised and the home(s) that you choose. Home is a relative concept. Physically, it’s the space you pick to put your things or sit down for dinner, where you can rest your feet. But that doesn’t necessarily make it the place that feels like your home. Home is also where you’ve grown or where you will grow; a place that is effortlessly easy to slip into and exist in, even if for a brief amount of time.

I’ve been in love with idea of New York since I was a kid who put up pixelated photos of Debbie Harry and Patti Smith on her walls as part of an aspirational life away from my boring, suburban hometown in Ontario, Canada. New York is both the gaudy capitalism of Times Square and the scrappiness and buzzy hum of the East Village — and literally everything in between.

When I travelled to NYC for the first time at 17 years old, I touched less than 1% of the city's surface. It didn’t occur to me then that my relationship with my idea of the city would evolve into a dependence on the reality of it; that a place so different from my own could ever be where I found the most comfort and security only through travel, not living. Every time I’ve gone back since — probably once or twice a year for a decade — there is a duality of New York being so mystifying, a place for discovery that makes travel so alluring, yet also ultimately comforting for me. Walking down the city’s wide streets is just as relaxing, if not more so, than being curled up in my apartment in Toronto.

On my most recent trip there, New York wasn’t going to give me the true clarity I needed after I lost my job. That trip was never meant to be a life-changing occurrence because the life-changing thing had already happened. Now the task was to, at least for a little bit, try to remove myself from it.

New York was meant to be a trip that was more like a deep breath — where I would unwind and find comfort in when my day-to-day home became too hard. And it was that: I stayed in a little hotel on Orchard St. in the East Village, doors away from Russ & Daughters, where, one day, I ate a bagel with scallion cream cheese and smoked salmon with two fried eggs on the side, plus latkes. I woke up one morning to white powder cascading from the skies, making me feel like I was in a snow-globe. I packed up my bag, tied my scarf around my neck, and walked up to Houston St., going west toward Bowery and Bleecker to get a coffee on my walk to The Whitney Museum of American Art in the West Village. I spent the rest of my brief trip in museums and shops like The Strand, the MoMA, and McNally Jackson Books in Soho. I ate at Mr. Taka Ramen, walked up to St. Mark’s Place, and kept going toward Washington Square Park. One night I sat with my friend on her couch in Bushwick, walked a block over to have mini sliders washed down by strong cocktails served in Tiki glasses. Unplugging was all so easy.

None of this feels as familiar as the motions I go through in my day-to-day life in Toronto. With my eyes closed, I can tell you the fastest way to get from one part of the west end to another; the colour of my favourite house on Dovercourt Rd.; the smell of a certain patch of Queen St. W. near Peter St. I can say those things of New York, too, I suppose. But my life doesn’t actually happen in New York City, so the familiarity doesn’t become mundane.

To start the next phase of whatever my life was going to look like, I needed to go to New York to get to a point where I felt okay; like coming home after a bad day. I needed to clear out the noise of my daily existence, so I wasn't so bogged down I couldn't take the next step.

(It is a luxury, of course, to be able to take space, going to your second hideaway home, to clear out the rubbish and cobwebs of your brain.)

Travelling by yourself is a gift, and it comes with a far more immediate sense of accomplishment and calm than travelling with people you know. Sitting at the gate, waiting to board your flight, knowing that you get to leave one place behind for another — even one as familiar as New York is to me — is pure joy and why I, perhaps we, travel at all.

Real New Yorkers will laugh at this piece. And that’s fine! The allure of New York City, and the people who populate it, won’t cease to exist or be any less magical or calming to me. In the face of losing something very fundamental to not only my livelihood, but also my perception of myself — as a writer, losing a job in media, when they are so rare anyway, is a hard blow — there was only one choice and that choice was my home away from home. Sometimes, that's the only thing that will do.