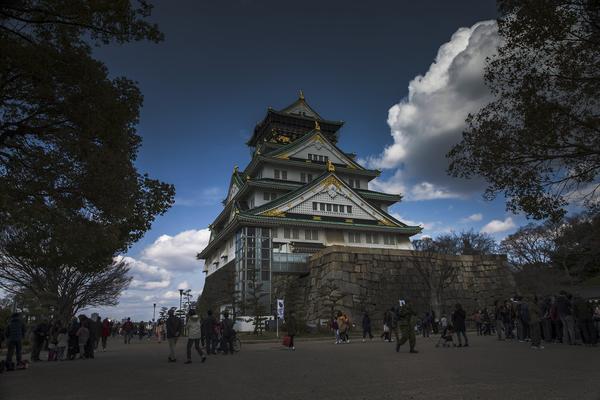 When in Osaka, go to the spa

And, if you can, go to Spa World

Nestled underneath snow-peaked mountains, Japan’s countryside hot spring resorts easily lure tourists away from busy cities. But not me — I went to Spa World instead.

Taking up two floors of a hotel in Osaka’s Shinsekai district, Spa World is an around-the-world themed water park where each room is decorated to look like a different country. It’s as impressive as it is strange and I loved every moment of it. Why choose the luxury and tranquility of traditional onsen when you could spend a day naked in Japan’s answer to Disney’s Epcot Centre?

The nakedness adds a surreal element to Spa World’s fake Italian grotto, Grecian pools and Finnish cedar tubs. It felt like I was a cut-out paper doll sliding through travel postcards. I was at your most real, my truest form, and yet an alien in this environment of crude imitations. It was almost like reverse-drag, the costume was outside of the self.

At all Japanese bathhouses, or sentōs, it’s common to go nude. Usually there are signs posted that no bathing suits are allowed. You strip down, give yourself a scrub and hang out with all your new friends. When you physically look different than all your new friends, you might get some stares but that’s all part of the experience. Getting in the water tends to neutralize the attention and everyone gets in their own relaxation mode.

If you go to Spa World, or really any bathhouse, try not to be uncomfortable about the lack of clothing. Just get into the vibe and leave your towel behind. Historically, there’s a been a track record of Westerners heavily criticizing sentōs. It started in the mid-19th century after Japan lifted their isolation policy and re-allowed visitors to the country. The main issue was that foreigners couldn’t believe that Japanese people were comfortable with “mixed bathing.” In the 1850’s, American naval commander Matthew Perry wrote, “the sexes mingled indiscriminately, unconscious of their nudity” and this did not give “a very favourable opinion of the morals of the inhabitants.”

In comparison, back home in America, women were going to the Jersey Shore in hooded thick flannel dresses. They entered little houses, called “bathing machines” that were carted out into the ocean by horses so they could take a dip completely unseen. It’s safe to say that Perry, and his countrymen, had zero chill about bodies.

As trade relations opened up, the Japanese government became worried about the global perception of their bathing practices. In 1868 they banned mixed bathing. There are still some rare sentōs that keep up the tradition, but Spa World is not one of them. The two floors, one themed Europe and the other themed Asia, are divided by gender and alternate monthly. When I went, the European floor was for women and I didn’t get to see the tiled Turkish hammam or Balinese mud baths.

From what I saw, Spa World was heavy on the type of sincerity and kitsch that I admire in Japanese culture. Do it weird and do it well. After the entrance showers, you step into an Ancient Rome-style jacuzzi surrounded by columns. At the back, there’s a sculpture of the Trevi Fountain. No coins, just dimes in the water, if you know what I mean. Then you wander through connecting steam rooms, saunas and cold pools that lead to a cave modelled after the Blue Grotto in Capri, Italy. This is where I hide out for a bit, getting comfortable with my new naked state before I venture into the “Mediterranean Sea,” a large outdoor pool with roof-height waterfalls and foot baths which are somehow inspired by Spain.

In general, my naked comfort level ranges somewhere between “skinny dipped at summer camp” and “doesn’t shower at the gym.” By this I mean, going naked wasn’t a big fear to get over, but it had been awhile. There are clothing-optional bathing choices in my home city of Toronto but they are not on my agenda. I’d rather be suited up. I wasn’t on a nudist vision quest, but Spa World was calling to me. There was something appealing about being so anonymous and out-of-place. That, and the chance to recover after days of endless walking around Tokyo and Osaka.

I spent almost a full day at Spa World. In the Atlantis-themed room, I watched fish and baby sharks swim beneath the glass floor. Underneath Erechtheion statutes, in the Greece room, I breathed in herbal steams of eucalyptus and lavender. In the Scandinavian area, with Finnish cabins and Northern Lights painted on the ceiling, I worked up the courage to go for a traditional body scrub. If you’re going to do something, do it all the way, right?

Although it might be aesthetically far from a rustic onsen resort with babbling brooks, moss-covered rocks and fresh country air, Spa World is definitely unique. Without leaving the city, I got a solid dose of relaxation and returned to the busy streets of Dōtonbori, Osaka’s entertainment district, with the glow of a baby angel.

I’m convinced that my day of naked bathing helped me connect to Japan on a deeper level. I shed my clothes, a layer of skin, and some emotional distance from the culture. Maybe this was the effect of “skinship,” a Japanese term for the closeness you gain when there’s nothing but skin between you. It’s special, yet ordinary — the visceral discovery that we’re all just human in our bodies.

Check out our small group tours to Japan here.