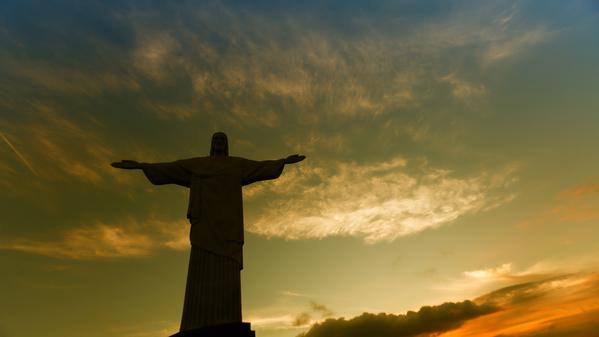 Join travel blogger Nellie Huang, who's got a pair of tickets to the Sambadrome parade at Rio Carnaval.

Infectious samba beats, street parties, and elaborate studded costumes all form part of the world’s biggest Carnaval celebration in none other than Brazil.

Carnaval is celebrated throughout the country, from the Amazon to the Bahia coast, but the biggest and flashiest celebrations have got to be in Rio de Janeiro. More than 500,000 foreign visitors flock to the Rio Carnaval each year. In 2013, 1.1 million people took part in the city’s celebrations.

Undoubtedly, the highlight is the Sambadrome desfile (samba parade), otherwise known as “one of the biggest shows on Earth”. What originally started as a series of street parades is now a fierce competition among top samba schools from Brazil. These samba schools are huge social entities with between 3,000 to 5,000 members. Even some famous celebrities make special appearances during the festival. Each year, the samba parade lasts for a few days, culminating on Fat Tuesday, 4th March.

In March 2014, I joined G Adventures on the Wonders of Brazil trip and had the opportunity to catch the Sambadrome show in Rio. The palpitating energy and infectious atmosphere of the parade completely blew my mind. It was definitely the most impressive parade I’ve seen and – I believe – will ever see.

Here’s a look at some photos I’d snapped from the sidelines:

G Adventures runs a number of departures to Brazil including the Rio de Janeiro Carnival Hostel Experience which also includes Sambadrome tickets and transportation. Get your pass to the world's biggest party today!