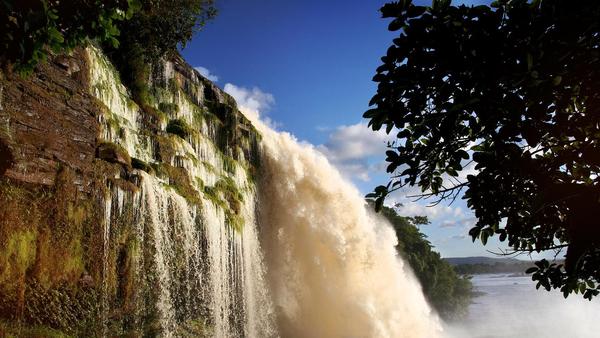 It stands like a sentinel in the distance. I quickly review the itinerary of the trek in my mind and think, “this can’t be a three days walk away, really? It looks so much closer”

It stands like a sentinel in the distance. I quickly review the itinerary of the trek in my mind and think, “this can’t be a three days walk away, really? It looks so much closer”. I double check with my guide and learn that the itinerary is correct and it was my eyes deceiving me. I take a deep breath, tighten the straps on my pack, take a scan of the path ahead and begin the adventure of a lifetime, to the summit of Mt Roraima.

I decided to hike Roraima years ago after learning that Sir Arthur Conan Doyle had based his classic novel The Lost World _in this remote area of the Earth. The _Tepuis (‘large table top mountains’) in southeast Venezuela number by the hundreds and are millions of years old. They hold a certain kind of mysticism to them and are often regarded with a fairy tale sense of adventure and exploration. The first recorded summit attempt of Mt Roraima itself wasn’t completed until 1884. Up until then it had been a completely segregated and a perfectly uncompromised ecosystem – millions of years of evolution in a contained and incredibly small environment. This is an insatiably desirable reason for most intrepid travellers to embark on the 6-day round trip trek (which isn’t too difficult, truth be told) and often draws people from all over the world. However, Venezuela hosts far fewer international travellers every year compared with some of its neighbouring countries. This means that trekkers will often find themselves completely alone on the trail, allowing time and space to consider the mystique and beauty the region has to offer.

Travelling in Venezuela is not without its dangers and annoyances, however. In my experience, Caracas is not the most desirable city to visit in Latin America (I recently wrote a more thorough post on _Greg Goes Global _on a few of these ‘annoyances’). That being said the natural environment and people of rural Venezuela are absolutely fantastic. I could not believe the hospitality of the local residents the and beauty of everything surrounding me. Canaima National Park is an absolute gem and one of Earth’s most precious places. We are lucky to have it protected and have access to all of its natural beauty and indigenous heritage. Canaima plays host to Angel Falls (which hold the record for the highest in the world), hundreds of other impressive waterfalls, great river systems and an array of possible canoe based excursions—not to mention, of course, Mt Roraima—the highest of the Tepuis mountains in the region and one of the only ones open to the public to climb.

Trekking Roraima in Venezuela was an amazing experience and I am really pleased I did it. The summit spans 31km squared with a diverse geology and history. Roraima plays host to endemic plants and animals that have more in common with their 250m year old African ancestors than they do with their South American ones. This is because at one point the area was a part of the Gondwanda massive (think the Pangaea super-continent) before the continental drift approximately 250–300m years ago. Once separated (Africa and South America), the Canaima area began to erode and create these incredibly unique geographical formations, at the same time as isolating the life forms calling the summit of Mt Roraima home. And what an area it is, almost continually draped in cloud and completely undisturbed by human presence up until the 1960s. Perfect for the explorer!

Come to the Lost World and visit a place that will reignite the wonderment you experienced as a child and stoke your imagination. Venezuela and trekking Roriama is an adventure you will remember for a lifetime. Trust me.