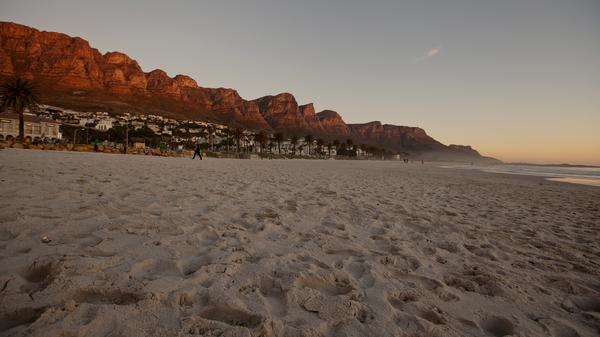 This week, I’m off to South Africa where I will be staying until my ‘West Africa Cruise’ with G Adventures departs in April, and then returning for my Cape, Rails & Kruger Photography Tour in May.

While I’m in South Africa, I will attempt to visit the eight UNESCO World Heritage sites in the country. They represent a diverse selection of cultural and natural features, and I’m looking forward to visiting all of them.

Here is a brief overview of the UNESCO sites that South Africa has to offer and what you can expect to see and learn at each one.

Fossil Hominid Sites of South Africa (1999) Many of the oldest fossils of early human ancestors have been found in Africa, leading people to call the continent the “cradle of humanity.” In 1924, the Taung Skull was found in the Makapan Valley of South Africa, a rare Australopithecus africanus fossil that dates human ancestry back as far as 3.3 million years. This site is one of the most important human paleontology sites on Earth.

Mapungubwe Cultural Landscape (2003) Cultural landscapes are always tough to pin down. They are places where significant things happened, but may not be as obvious as a monument or a natural wonder. Located in the northeastern part of South Africa near Zimbabwe and Botswana, this site was once the centre of the Mapungubwe kingdom, which flourished between 900 and 1300 BC, before the arrival of Europeans. While archeological research has been conducted in the area, it is mostly grassland and a natural landscape.

Richtersveld Cultural and Botanical Landscape (2007) Located in the northwest corner of South Africa near the Namibian border, this is the home of the Nama people. The site not only protects the semi-nomadic lifestyle of the Nama people, but also the natural landscape of this semi-arid region.

Robben Island (1999) While not the newest UNESCO World Heritage Site, Robben Island probably does reflect the most recent events of any of the sites within South Africa. Robben Island, located off the coast of Cape Town, served as a prison from the 17th to 20th centuries, and is best known as the prison where Nelson Mandela was held. Mandela was released in 1990 and all political prisoners were released by 1991. In 1996, the prison was shut down and became a museum.

Cape Floral Region Protected Areas (2004) There are considered to be six floristic kingdoms in the world, large areas of loosely defined boundaries with similar types of plants. The smallest of these kingdoms is the Cape Floral Region, which only exists in the southern part of South Africa. This relatively small area is home to over 9,000 species of plants, 69 percent of which are endemic to the region. This region encompasses Cape Point and Table Mountain – home to 1,500 species of plants itself.

iSimangaliso Wetland Park (1999) Located on the coast of the Indian Ocean near the borders of Swaziland and Mozambique, the iSimangaliso Wetland Park is one of the most significant costal wetland areas in Africa. While often overlooked when compared to world-famous places like Kruger National Park, it is a site of great animal and geographic diversity.

Vredefort Dome (2005) Located Southwest of Johannesburg, the Vredefort Dome is what remains of one of the largest meteorite impact structures on Earth. It is believed that the impact took place over 2 billion years ago and has significantly eroded over the eons. However, it still provides some of the best evidence of the geological history of our planet.

Maloti-Drakensberg Park (2000) There are very few World Heritage sites that carry both a cultural and natural designation. Shared with neighbouring Lesotho as of 2013, the Maloti-Drakensberg Park consists of dramatic rock structures and mountains, as well as the largest concentration of rock paintings south of the Sahara desert.