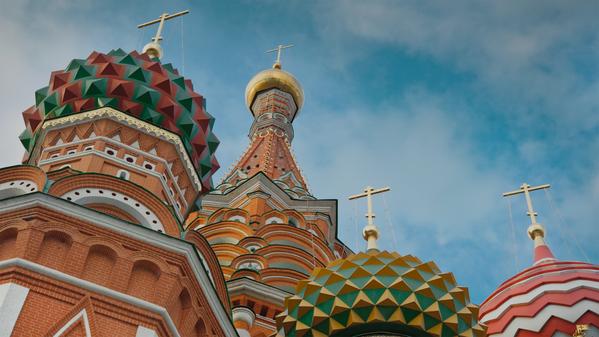 Once a desolate swamp, Russia's imperial capital is today a dazzling metropolis whose sheer grandeur never fails to amaze.

While most visitors have just a few days to explore St. Petersburg, I had the luxury of spending five weeks in the city designed by Peter the Great to become Russia’s window to the West. Built on a swampland at the mouth of the Neva River, St. Petersburg eventually grew to become one of the grandest capitals in all of Europe.  While the capital returned to Moscow during the Russian Revolution, St. Petersburg retains a distinctly regal feeling and its imperial history is evident throughout the city center.

Over the course of five weeks, I took in many of the “must-see” sights in St. Petersburg while discovering a few hidden gems as well.  Here are my top recommendations:

Founded by Catherine the Great in 1764, the State Hermitage houses nearly three million pieces of art in several buildings across St. Petersburg. The main museum complex on Palace Square consists of 365 rooms in the Winter Palace, plus the Small Hermitage, Old Hermitage and New Hermitage, all constructed in the 18th and 19th centuries.  While you could spend hours taking in all of the Italian, Spanish and Dutch masterpieces, my personal favorites were the imperial state rooms and apartments, the Raphael Loggias (a copy of the gallery in the Vatican Museums) and the War Gallery of 1812, a collection of portraits of the Russian military leaders who defeated Napoleon in the Patriotic War of 1812.

If you can, splurge on a visit to one of the Treasury Gallery rooms – the Gold and Diamond Rooms contain an impressive collection of gold and silver dating back to the 2nd century B.C. and can be visited only by guided tour.

Located 29 kilometers west of St. Petersburg, the imperial estate of Peterhof is one of the most popular day trips from the city. The Grand Palace is extravagant and lavish in its own right, but the real highlight of Peterhof is the Grand Cascade – a series of more than 140 fountains and canals cascading down a hill behind the Grand Palace. Beyond the Grand Cascade, the impeccably maintained grounds include acres of forests, gazebos, fountains and several smaller palaces.  You can easily spend an entire day exploring it all.

The oldest structure in St. Petersburg, the Peter and Paul Fortress was founded by Peter the Great in 1703 on an island in the Neva River. Within the fortress, visit the Trubetskoy Bastion Prison, an uncomfortable home for political prisoners through 1917, including Maxim Gorky, Fyodor Dostoyevsky and Leon Trotsky.  The Peter and Paul Cathedral is the burial place of most of the Russian tsars since Peter the Great and the bell tower is the highest structure in St. Petersburg, providing superb 360 degree views around the city. If you’re not up to climbing the tower, instead take some time to stroll along the top of the fortress walls for panoramic views across the Neva River.

With a gold-plated dome that rises over 300 feet, St. Isaac’s Cathedral is one of the tallest Orthodox churches in the world. While I visited with the expectation of simply climbing the colonnade to enjoy sweeping views of the city, I was more than a little distracted by the enormity of the structure and its richly decorated interior.  After passing through the massive bronze doors that form the entrance, my jaw dropped at the sight of the colorful frescoes, the iconostasis flanked by malachite and lazulite columns and the abundance of gold – gold trim, gold lettering and gold statues!

Once the residence of Prince Felix Yusupov, one of the richest men in Russia, this spectacular mansion has a more practical feel than some of the royal palaces, but manages to dazzle visitors nonetheless. It is probably best known as the site of mystic Grigori Rasputin’s murder in 1916; unhappy with the peasant’s strong influence over Empress Alexandra Fedorovna, Yusupov and other members of the imperial family killed Rasputin in the building’s cellar.  If you are interested in Russian history or the legacy of the Romanov family as much as I am, you should enjoy the Murder of Rasputin Tour, offered several times a day.

Adjacent to the Alexander Nevsky Monastery, the Tikhvin Cemetery was established in 1823 and is the burial place for some of the most famous names in Russian history, including composer Pyotr Tchaikovsky, author Fyodor Dostoyevsky and scientist Mikhail Lomonsov.  A peaceful escape from the bustle of the city, the cemetery also provides a fascinating glimpse into the world of the Russian nobility. Mausoleums and grave markers are packed close together, often adorned with intricately sculpted angels, crosses or family coats of arms.

Russia’s most famous boulevard, Nevsky Prospekt is also the heart of St. Petersburg. Stretching for 4 kilometers from the Alexander Nevsky Monastery to the Admiralty near the Neva River, it buzzes with energy day and night. A stroll along what was once the grandest boulevard in all of Europe will take you past some of the best that St. Petersburg has to offer. Don’t miss the Kazan Cathedral (modeled after St. Peter’s in Rome), Gostiny Dvor (one of the world’s first indoor shopping malls) or Dom Knigi, arguably the largest and best bookstore in the city.

Church of the Saviour on Spilled Blood

Modeled after the unique St. Basil’s Cathedral in Moscow, this rainbow-colored church with onion domes is one of the most iconic sites in St. Petersburg.  Built on the site where Tsar Alexander II was killed in 1881, it features 7000 square meters of mosaics on the interior.  When trying to decide which interior was more impressive – St. Isaac’s Cathedral or the Church of the Saviour on Spilled Blood – I decided it was too close to call.

What are you most looking forward to seeing in St. Petersburg?