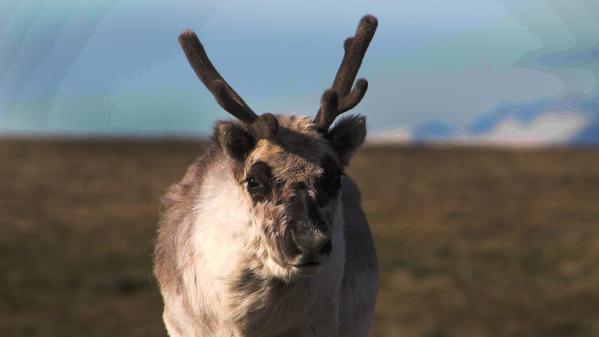 In 2013, I was fortunate enough to travel to the Arctic aboard the Expedition and I’d say it changed my life. I had an incredible time being somewhere so different than anywhere I’d ever been and especially loved seeing the wildlife we spotted. Here are my top five favourite animals I spotted.

One of anyone's main aims when they visit the Arctic is to set their eyes upon a polar bear. We spent a few days on the Expedition without any sign of this elusive creature and were beginning to think we might not see one. Our captain and our leader were both determined though. They allowed us to change our itinerary and sailed us northward toward an ice sheet where they knew we'd see some. Shortly after arriving there, the ship slowed to a couple of knots and all eyes began the search over the Arctic horizon. Before long - a half hour at most - excitement began to build at the bow of the ship. We'd found our first bear! We were transfixed as we stood and watched it pad across the ice 100m away, clearly undisturbed by the large red ship in its view. It was an amazing site watching this polar bear hunt seals on the ice - a site that'll stay with me forever.

One morning, we were boarding the zodiac boats at Torellneset when we were rewarded with an incredble walrus experience. The Expedition team had warned us all to keep quiet as the walruses sometimes became nervous. They also appeared very uncomfortable on land, with a few of them waking up, flopping over, and then collapsing again under their own weight. Every day on land looks like their Sunday morning.

I’d never been much of a birder myself but after spending seven days on board with a number of bird enthusiasts – including the super-smart bird expert, Kevin Morgan – it was hard not to take an interest. Of all the species we spotted along the way, the Atlantic puffin was my favourite. The cliffs near the spectacular 14th of July Glacier were alive with puffin activity as the colourful and slightly odd-looking birds jostled for space on every ledge – a beautiful site.

On another zodiac landing, we walked through moss and ankle-deep water and began to see signs – hair, droppings, antlers – that reindeer were near. These animals typically gather on exposed flats, which allows them to see signs of food when the wind blows the snow off the ground. We soon spotted four reindeer, happily grazing on grass. They gave us plenty of great photo opportunities with a dark and angry ocean as the perfect backdrop.

Other than a polar bear cub, there aren't many Arctic animals that elicit a collective “awww” from an assembled group, but Arctic fox cubs will definitely do just that. One of our groups spotted a mother and three cubs and after a short walk, we were able to spend an hour in their company. We were mesmerized as the cubs tentatively explored their surroundings before being ushered back to the den by their protective mother.

Throughout our time looking for wildlife in the Arctic, the comfort and warmth of the Expedition welcomed us back after each fascinating day of exploration. More importantly the skillful and knowledgable team on the ship safely ushered us into and out of situations that brought us up close to some amazing creatures.

G Adventures runs a number of departures to the Arctic aboard the Expedition. We’re thrilled at the prospect of showing you this big blue planet of ours – check out our small ship journeys here.