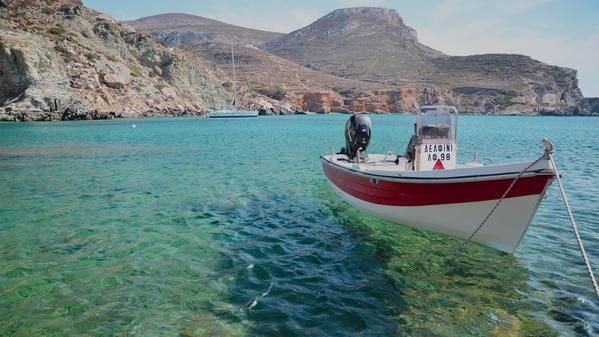 To Catch a Mermaid: 7 Spots to Hear the Siren Song

Of the creatures who’ve haunted our collective conscience, none have sat—serene upon moonlit rocks with glittering tails—quite like the image of the mermaid. Based on Hans Christian Anderson’s fairy tale about a mermaid who gives up everything to be united with a young, handsome prince on land, Disney’s 1989 classic The Little Mermaid recently turned 25 years old. And, judging by the coverage, it seems our fascination with mermaids hasn’t waned. From Odysseus and his ancient Sirens to PT Barnum and his grotesque ‘Fiji Mermaid’, human history is peppered with stories of fish-tailed creatures ready to help, hinder or hijack humanity. As the legend sings down through the centuries, we take a look at seven spots around the world where these sirens’ songs have tempted sailors:

77AD: In his Naturalis Historia, Roman scholar Pliny the Elder wrote of ‘Nereids’—women with bodies of rough, scaly fish. He describes them as swimming in the waters of the Mediterranean, riding upon dolphins.

Want to catch sight of Pliny’s Nereids atop their Mediterranean mounts? Grab some binoculars and set sail on one of these tours.

1493 AD: Christopher Columbus reported seeing three “female forms” playing in the water off the coast of Hispaniola. “They were not as beautiful as they are painted,” he wrote, “although to some extent they have a human appearance in the face.”

Sail in the wake of Columbus and catch a glimpse of a mermaid on a West Indies adventure.

1716–18 AD: While active in the waters off the West Indies, notorious pirate Blackbeard and his crew on board the Queen Anne’s Revenge repeatedly recorded seeing mermaids swimming in the clear waters of the Caribbean. What’s more? Blackbeard refused to sail certain sea-lanes, claiming they were “enchanted” with merfolk who would drown his crew.

Avast ye lubbers! A mermaid is what you want? Cast your eyes seaward on a Caribbean adventure.

1913AD: One of Denmark’s most famous tourist attractions is the sculpture of the Little Mermaid. The sculpture is made of bronze and granite and was inspired by ballerina Ellen Price, who in 1909 danced the lead role in the ballet The Little Mermaid at the Royal Theatre. The statue has several times been the victim of vandalism. Twice she has lost her head, once the arm was sawn off, and several times she has had paint poured on her. But every time she is rescued and restored, so she can stay in her place by the water and bid travellers welcome to Copenhagen harbour.

Europe is one of the few places you’re guaranteed to catch sight of a mermaid. Grab your camera and check out trips to Europe here.

1943AD: On the shores of the Kai Islands during World War II, Japanese soldiers reported strange creatures swimming in the coastal waters. Standing 150cm tall, they had pink skin and spiny scalps. Their faces looked human, except they had the mouth of a carp. On making enquiries to the locals, the soldiers found the creatures to be called ‘Oral Ikan’, which translates to “fish man” in Malay. They also explained that the creatures lived in the sea, where they sometimes became caught in fishing nets. Sergeant Taro Horiba was alerted when reports surfaced of one creature found dead on the beach, and he was given time to examine it. He was so fascinated he returned to Japan to try and convince scientists to visit the area and conduct further study, but his story was dismissed.

2009AD: In the coastal town of Kiryat Yam, reports began of a mermaid leaping from the water and performing aerial acrobatics, before diving back to the depths. The sightings have since become so numerous that a $1m dollar reward has been offered for its successful capture. It is yet to be claimed.

Yes! The $1 million reward still stands. Try to capture a live mermaid on your next visit to Israel.

2012AD: Work on two reservoirs near Gokwe and Mutare was halted when terrified workers refused to continue, claiming that mermaids had chased them away from the worksite. Samuel Sipepa Nkomo, the water resources minister, was forced to report the issue to a parliamentary committee, with the only solution being to brew traditional beer and perform a ritual in order to appease the water spirits.

Grab yourself a traditional Zimbabwean brew and see if it holds the key to unlocking the mermaid’s watery secrets here.