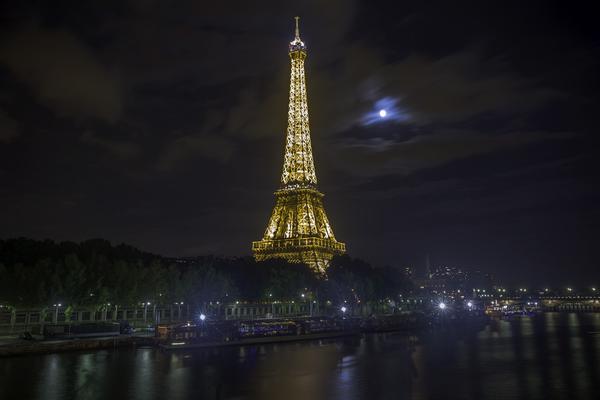 The best chocolate shops in Paris

Is your mouth watering yet?

Cocoa may be made in South America, but chocolate has a long history in France. The sweet delicacy first arrived in France in 1615, when King Louis XIII bought his wife a box of chocolates. He and Anne of Austria loved hot chocolate, which became a customary delight, but it wasn't until the 19th century that chocolate became accessible to the masses.

Today, each person in France eats an average of seven kilograms of chocolate every year. With high-end chocolate schools across France, chocolatiers are highly skilled, and treat their work as an art. From golden bonbons to chocolate baguettes, here are the top five chocolate shops in the City of Light:

Gaudard is one of the country’s most well-known pastry chefs. Following in the tradition of his father, this company has been in business since 1955. Sebastien Gaudard, who has been called "the Tom Ford of the pastry world" really excels in chocolate, especially with his traditional French eclairs. This patisserie and tea room is in the heart of Paris, directly across the street from the Louvre. In the summer, try the ice cream bars. sebastiengaudard.com

This self-taught pastry chef founded a chocolate shop in the city after realizing it was his greatest passion — and skill — in the kitchen. His hand-crafted chocolate bars come in chestnut honey, Madagascar vanilla, Tonka bean, Séchouan pepper, and even ginger, gingerbread, and raspberry flavours. For a classic Genin experience, order up a silver box of chocolates, which is inspired by the type of tin candy boxes the family's grandmothers may have had,. jacquesgenin.fr/fr/

This Parisian chocolatier gets his fresh cocoa from Mexico and Madagascar, so expect a rich flavour. A family business that first began in Normandy, the company now has shops all over France. Cluizel even has his own line of chocolate bars. Each bar is topped with a hearty pile of dried fruit and nuts, which range from almonds to pistachios. He also sells "chocolate chopsticks," which look a lot like baguettes, but in dessert form. cluizel.com/en/

This premium chocolate house first began in the 18th century when the brand's co-founder Sulpice Debauve created "healthy chocolates" with a high cocoa count for Marie-Antoinette. Today, the recipe is still used, and Debauve & Gallais sell chocolate truffles, almond crunches, and French cookies. The company's first chocolaterie opened in Paris in 1800 and still stands today on rue Saint-Dominique; the almond crunches were a favourite of Napoleon. debauve-et-gallais.fr/en/

Set in the city’s 7th arrondissement, this historic chocolate shop is utterly magical, with a 19th century vibe that veers on the whimsical. This famous French chocolaterie was founded by Parisian pastry chef Michel Chaudun in 1986 after he concluded his studies at La Maison du Chocolate, alongside pastry chef Robert Linxe. The chocolate boxes here are high art in themselves— gold-gilded, decorative, and wrapped in bows. chaudun.com/

Ready to try some Parisian chocolate? G Adventures can get you there. Check out our small group tours to France here.