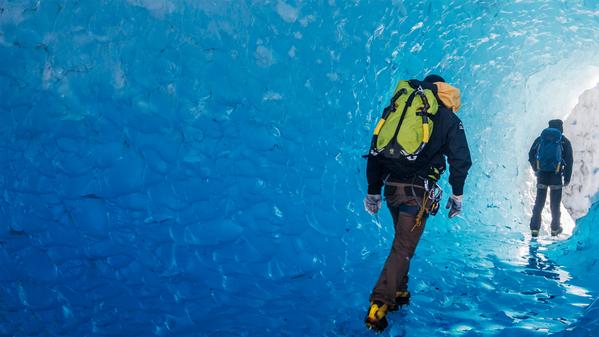 Take a hike: 8 of the world's greatest treks

These are no walks in the park. They’ll challenge you physically and engage you mentally, leaving you with an indelible impression of the richness of our planet.

The very best treks aren’t just about putting one foot in front of another—they’re about stepping into a destination’s culture and history. Still, each of the eight treks included here are no walks in the park. They’ll challenge you physically and engage you mentally, leaving you with an indelible impression of the richness of our planet.

Follow the footpaths of the Inca to the roof of the Andes, passing ancient Tambo ruins, and breathing in Peru’s pure mountain air by the lungful. Memorable moments are plentiful on the Inca Trail, but none can compare to the moment you walk through the Sun Gate and catch your first glimpse of the forgotten city of Machu Picchu. It’s not just an accomplishment; it’s a transformative moment.

Did you know? When on the trail, some porters sleep with a mirror beneath them in hopes it will deflect spirits coming up through the earth.

Best time to go. May to September

Get inspired. Explore ruins in the Sacred Valley and learn about traditional ways of life as you take on the Inca Trail to Machu Picchu. Ready to go?

Everyone wants to “get there first”. By trekking Colombia’s Ciudad Perdida at Teyuna, that honour can finally be yours! Along the way, you’ll sleep in hammocks strung up in local villages, all the while absorbing the region’s unique culture. Trek through lush jungles and across streams before arriving at the ruins of Teyuna. Here you’ll have a have the rare chance to explore the uncrowded ruins at your leisure and marvel at what once was. Get here first and you’ll have the Lost City all to yourself.

Did you know? Built by the Tairona civilization ~650 years before Machu Picchu, Ciudad Perdida was home to an estimated 10,000 people during its peak.

Get inspired. Enjoy spectacular jungle scenery, swim in the cool Buritaca River, and take on the final 1,200 steps to reach the Lost City of Teyuna. Get ‘Lost’ here.

Everest is more than a mountain and the journey to its base camp is more than just a trek. Along a route dubbed by some as "the steps to heaven," every bend in the trail provides another photo opportunity—beautiful forests, Sherpa villages, glacial moraines and foothills. This trek will bring you closer to the people of the Himalayas before opening a window to the top of the world. After setting eyes on Everest, you won't look at our planet the same way again.

Did you know? Most yaks on the trail are not true yaks, they’re dzo—a yak-cattle hybrid. Moreover, ‘yak-burgers’ served in guesthouses along the way are most likely water buffalo. Yaks are just too valuable to the locals to slaughter for meat.

Get inspired. Conquer high passes and glaciers, visit Sherpa villages and meet locals during teahouse stays before arriving at Everest Base Camp. Throw open the window to the top of the world.

Ever stood on the top floor of skyscraper and thought, “Bah, this ain’t so tall”? Then you might just be Kili material. At 5,895m (19,340 ft), Mt Kilimanjaro is Africa's highest peak. Follow in the bootprints of some of the world’s most famed explorers and mountaineers, hiking through lush rainforests and alpine deserts, across glaciers by day and sleeping closer to the stars than you ever dreamed possible by night. Kilimanjaro is no picnic, but unlike other massive peaks, it gives those daring enough to climb it multiple routes to the top. Choose wisely—your chances of making your summit a success depend on it!

Did you know? Kilimanjaro contains an example of virtually every ecosystem on earth—glacier, snowfields, deserts, alpine moorland, savannah, and tropical jungle, all of which found on the mountain.

Get inspired. Trek through verdant forests and silent glaciers before experiencing the curvature of the horizon from Africa's highest peak. Choose your route to the top.

The Tour du Mont Blanc covers more than 100 miles and passes through three countries: Switzerland, Italy, and France. This challenging hiking circuit will reward you with mesmerizing views of glaciers, steep valleys and, of course, Mont Blanc itself. Travel across high passes and through Alpine meadows, recharging at night with delicious mountain cuisine in simple refuges. Challenge yourself to conquer one of the world's premier hiking routes and uncover the alpine heart of Europe.

Did you know? In 1990, Swiss climber Pierre-André Gobet climbed Mont Blanc round-trip from Chamonix in just 5 hours, 10 minutes, and 14 seconds.

You’d be hard-pressed to identify a part of the world that can top Patagonia for natural splendour. And once you’ve seen it for yourself, you won’t even bother to try. The scenery down here at the southern tip of South America is a photographer’s dream come true: stunning volcanic landscapes, massive glaciers, sprawling steppe-like plains stretching to the horizon. Here, your shutter-finger is due for an intensive workout. Patagonia’s Torres del Paine Circuit brings you to remote, lesser-visited sections of the National Park and the truly unimaginable scenery to be found there.

Did you know? Before its creation in 1959, the park was part of a large sheep estancia, and it's still recovering from nearly a century of overexploitation of its pastures, forests and wildlife.

Get inspired. Watch the ice floes of the Grey Glacier and trek through incredibly diverse scenery. Ready for the full circuit?

Journey into a land that time forgot and conquer the pre-Cambrian tabletop summit of Roraima. The stunning mountain is sacred to the region's indigenous people and is said to have inspired Arthur Conan Doyle’s "The Lost World." Take time to explore the unique flora and fauna—some of which is completely unique to the mountain. The trek itself takes six days start to finish but this two-week adventure also includes canoe trips in Canaima National Park and a thrilling trek to Angel Falls. If you're fit and want to get off the beaten track, this adventure will take you to new heights.

Did you know? Despite the sheer cliffs that frame the plateau, it was the first major tabletop mountain to be climbed. Author, explorer and botanist Sir Everard im Thurn walked up a forested ramp in December 1884 to the top of the plateau. This is the same route hikers take today...

Best time to go. Roraima can be hiked year round; however, some argue that the best time to go is from November to April when it’s drier and warmer.

The historic Camino de Santiago — also known as the St. James Trail — was an important Christian pilgrimage during the Middle Ages, and remains a significant religious retreat to this day. The pilgrimage is more a personal journey than a prescribed route: according to legend, the remains of St. James were carried by boat from Jerusalem to the city of Santiago de Compostela, where they now lie. Walking the St. James Trail traditionally begins from the moment one leaves one's home and ends in Santiago de Compostela, but the exact route is up to the walker (though there are many demarcated paths, including G Adventures' Walk the Camino tour, which comprises the last 10km of the trek).

Did you know? More than 200,000 pilgrims walk the Camino every year.

Best time to go. Like most treks, the Camino can be walked 12 months out of the year — but it's best between the spring and autumn (this is also when it's busiest).

Get inspired. Lush, green valleys, sleepy, hundred-year-old towns and dense woods will guide you towards your final destination. Time to walk the walk?.