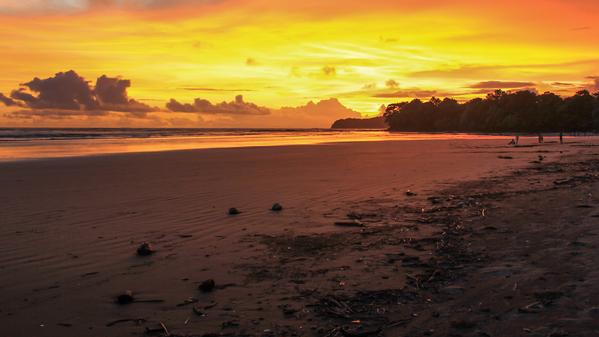 Discover the pirates who ruled the sea-lanes in the Caribbean and how you can find your own adventure by following in their footsteps.

by Mark Bonington Posted on 19 September 2015

“No, a merry life and a short one shall be my motto,” said Captain Bartholomew Roberts of choosing a piratical career.

Life at sea in the 17th century was extremely hard. Sailors could expect long hours, very little pay and hard labour under tyrannical captains. Despite the hardships, piracy was a path to a more liberal and profitable way of life. Even if it did carry the risk of ending at a hangman’s noose.

Maritime trade in the New World had erupted, first with the Spanish conquest of the Aztecs bringing ships full of gold and jewels across the sea, and then with sugar, rum, cocoa and molasses: products of the Caribbean plantations. The ships (and their loot) crossing from the Central America to Europe therefore made tempting prizes, and piracy became an active trade in its own right.

Although reviled by society, pirates established their own havens, such as Port Royal in Jamaica, Tortuga in Haiti and Nassau in the Bahamas. Many famous names and characters were born during the Golden Age of Piracy, providing inspiration for such later writers as Robert Louis Stevenson and JM Barrie, who cemented piracy in the modern imagination.

As the Internet celebrates Talk Like a Pirate Day, meet five real-life historic buccaneers, and discover how you can make your own merry Caribbean adventure.

Three Spanish ships set sail from Havana, Cuba, making their way back to Seville in Spain. On board was the Aztec treasure of Hernan Cortés: gold, emeralds, rare animals, works of art, and fruits picked up in Mexico.

The French privateer Fleury ordered his ship speed ahead with the intention of capturing the other two ships. He was successful in pilfering the chests of treasure and he presented it to King Francis I. Although the Spanish fortified their positions and bases, the secret of the treasure-ships was out: they carried Aztec gold from the Caribbean to Spain.

Thanks to Fleury, a naval officer from Normandy, the Golden Age of Caribbean piracy was born.

Discover the myth and mystery of the Aztecs for yourself as you explore Mexico!

Famed for the whiskers that gave him his name, Teach captained the Queen Anne’s Revenge, a massive 40-gun frigate. He operated mainly out of the West Indies, where he obtained a reputation as one of the most feared Caribbean pirates. He grew his beard long, knotted it into braids tied with ribbons, and even hid slow-burning fuses beneath his hat.

Due to his terrifying appearance, crews would surrender before any shots were fired. He was known to ally with other prominent captains of the time, hosting days-long parties in the Caribbean for his fellow pirates.

His final battle came when two Royal Navy sloops tracked the Queen Anne’s Revenge. With most of his crew ashore, Blackbeard fought hand-to-hand to his death upon the deck of his ship. His head was cut off and stuck onto the bowsprit of the navy ship as proof of his demise.

Legend says that Blackbeard left a great treasure behind causing hunters over the centuries to search the Caribbean in the hope of finding it. Blackbeard was known to visit the British Virgin Islands. Could you find it on your travels there?

The only two female pirates convicted in Western history, both shared a reputation for ruthlessness. They served under Captain Jack Rackham, known as “Calico Jack” for his love of colourful clothing.

Rackham stole Anne away from her sailor-husband James Bonny. She divorced her husband and married the captain while at sea, where she worked and fought on-board disguised as a man.

Mary Read had dressed as a boy since childhood — a ploy by her mother to obtain inheritance money — before serving in the British military. When her ship was attacked by Rackham’s crew she was forced to join them. She kept her gender a secret, disclosing it first to her crewmate Anne Bonny and later to Captain Rackham, who had assumed his wife was having an affair and had grown jealous of Read before learning her true identity.

When the crew was ambushed on the West Coast of Jamaica, Read and Bonny were the only two members to stand their ground and fight (their shipmates being too drunk to lift a cutlass.) Rackham surrendered and the crew were imprisoned in Spanish Town, where they were sentenced to be hanged. Mary and Anne (both pregnant) “pled their bellies” and were given a stay of execution.

Mary died in prison. Anne disappeared. It is speculated that her father may have ransomed her, or that she returned to a life of piracy under a new identity. Her last words to Captain Rackham were, "Had you fought like a man, Jack, you need not have been hanged like a dog."

These two notorious female pirates built their fortune and reputation around Jamaica. Explore this beautiful island for yourself on our Jamaica Encompassed tour.

Morgan gained infamy for his raids — both on land and at sea. Unlike many of his contemporaries, he was operating legally. He carried a Letter of Marque from the Governor of Jamaica, who employed him as a privateer for England against the Spanish.

Captain Morgan is known for his daring and tactical raids on Portobello, Maracaibo and Panama. He was also famed for his cruelty, capturing and torturing civilians in order to gain information before an attack.

Despite a call from the Spanish to punish him, he was taken to England in 1672 and knighted by King Charles II, returning to Jamaica as Lieutenant Governor. He spent his final days in easy retirement, drinking and recounting his war stories. Morgan died in 1688, a wealthy landowner and living legend.

With an army of 1,000 pirates, Captain Morgan’s most daring raid was on Panama. Discover a more peaceful side to this beautiful country as you explore on our Best of Panama tour.

Measuring piratical prowess by number of ships captured, “Black Bart” Roberts is the most successful pirate to operate during the “Golden Age of Piracy.” Throughout his career he captured more than 470 vessels, including warships that significantly out-gunned and out-manned his own crews.

Born John Roberts in Wales, he went to sea at age 13 in 1695. By 1719 he was third mate on a slave ship when it was captured by pirates who forced Roberts to join them. Although reluctant, he proved gifted at his new lifestyle, becoming a captain in just six weeks.

Roberts and his crew sailed to Brazil, where they looted a Portuguese treasure ship by masquerading as part of the convoy protecting it. He then sailed to the Caribbean, taking hundreds of prizes and dodging the pirate hunters sent after him by the governors of Barbados and Martinique. His nickname, “Black Bart,” came from his dark hair, along with his famed temper and penchant for revenge.

After sailing to Africa, Roberts’ flagship, the Royal Fortune, was ambushed by the navy. The captain dressed in his best clothes — a crimson waistcoat and breeches — for the engagement. Roberts took grapeshot to his throat and was killed. As per his orders, his body was immediately thrown overboard, never to be seen again. A fitting end for the most successful Caribbean pirate of all time.

Climb in board a catamaran to explore the sights and seas of the Caribbean pirates’ favourite haunts: The island of Cuba.

G Adventures runs a number of departures in Central America & the Caribbean encompassing a wide range of departure dates and activities to cater for different tastes. We’re thrilled at the prospect of showing you this big blue planet of ours — check out our small group trips here.