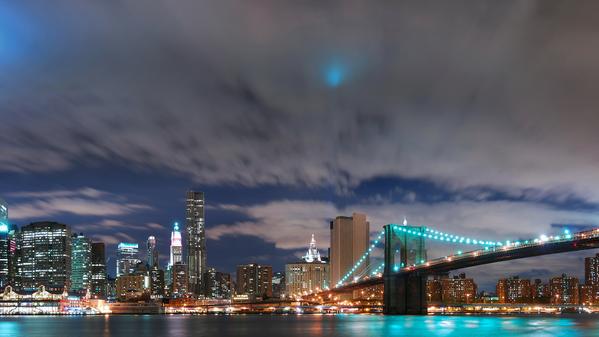 Road Tripping Along the East Coast of the United States

Join us for Wanderer-in-Residence Gary Arndt's highlights from a road trip across the Eastern United States.

If you can think of the United States as two halves – east and west – then the west is by far the more sexy of the two. The west has the Rocky Mountains, the Grand Canyon, Yellowstone, Yosemite and all the arches and mesas that can be found in the country. The purple mountains’ majesty, most of the fruited plains, the most spacious of the skies, and most of the area in which the antelope play is found west of the Mississippi. When advice is given on where to travel in the US, not much has changed since the 19th century when they said, “Go west young man!”

Nonetheless, we shouldn’t ignore the east. The east is where America was founded. This is where the history of the US is the richest. It is in the East where you’ll find the nation’s capital with all its monuments. Boston, New York, Gettysburg and the Appalachian Trail are all to be found in east.

Every summer I like to break up my international travels by traveling in North America. In 2010, I took a multi-month road trip that took me from Wisconsin to Virginia, through Washington DC, New York, Boston and Maine.  Here are some of the highlights of my trip and places I’d recommend to anyone exploring the eastern United States.

Located outside Charlottesville, Virginia, this home of Thomas Jefferson, author of the Declaration of Independence and the 3rd President of the United States, is a UNESCO World Heritage Site. The building was designed by Jefferson and is considered a showcase of neoclassical design. Despite his writings on liberty, Jefferson was also a slave owner and Monticello was the plantation where his slaves worked.  Here you can learn about the best and worst of American history at the same time.

The most popular national park in the United States in terms of annual visitors is not Yellowstone, Yosemite or the Grand Canyon. It is the Great Smoky Mountains National Park in Tennessee and North Carolina. Over 9.6m people visited the park in 2012. It is one of the most stunning national parks in the eastern US, and you can often see the low hanging clouds that give the park its name. There are many historical buildings dating back to the early 19th century in the park as well.

Philadelphia and Independence Hall are rightly considered the birthplace of the United States. It was here during the Second Continental Congress of 1776 where the 13 colonies declared independence from Great Britain. It was also here where the Constitutional Convention convened in 1787. It was declared a UNESCO World Heritage Site in 1979 as a testament to the universal principles of freedom and democracy.

The most visited city in the United States needs no introduction. Often called the “Capital of the World”, many people are unaware that New York was also the first capital city of the United States. Federal Hall, the location of the first congress and the place where George Washington was sworn in as the first President of the United States, still stands on Wall Street.  There are several National Park service sites in the city including the Birthplace of Theodore Roosevelt, President Grant’s Tomb, the Statue of Liberty and others. There is an entire layer of history in New York that most people don’t even know exists.

The USA is famous for its road trip routes. Inspired to have a road trip of your own? G Adventures offers small group tours throughout the U S of A. Check out our Music, Mountains & Monuments Westbound trip now and start planning!