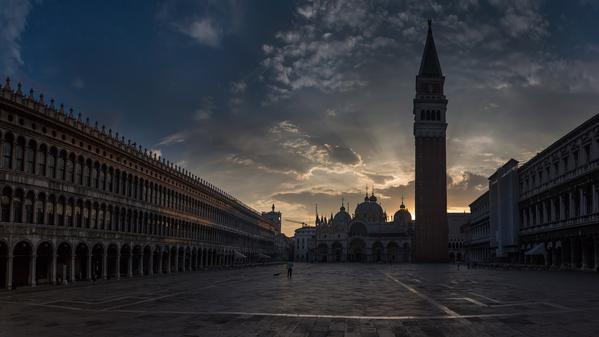 Each year, travellers and Venetians alike pour into the floating city to join the festivities — to play dress-up, and to experience this one-of-a-kind celebration

by Rishika Sharma Posted on 22 September 2016

The front door to the restaurant abruptly opened and in spilled half a dozen women, giggling so hard that they were barely able to stand upright.

Without batting an eye lid, the waiter — dressed as a scarlet “Paggio” — removed his white and gold porcelain visor, slyly smirked to himself, and led the party through the rustic pizzeria to the table beside ours. It was pleasing to see that the merriment of Carnevale was still embraced by the local Venetians, who have been celebrating this tradition since the 1100s.

Leaning over our table, one of the ladies tapped me on the shoulder and signalled if she could borrow the salt. Her hair was teased into a curly afro, split in half manically, and painted half-black half-white to complete her incredibly accurate costume of Cruella de Vil. Unable to resist the urge, I simply had to comment. This was all the encouragement the group needed and before long, she and her Dalmatians (her friends were dressed up in dog costumes) began posing for us and our camera.

The idea that someone's grandmother was on all fours, acting like a puppy by resting her paws on my lap and encouraging me to pet her like a dog was not lost on me. My friends and I burst into laughter each time, took a few photos with the group, and then proceeded to join the other revelers in the streets.

A bit barmy, completely hypnotizing, and ridiculously fun — this is a simple snippet of the atmosphere in Venice during Carnevale, which takes place each year, ending to coincide with the Christian celebration of Lent. As tourists and Italians alike pour into the floating city to join the festivities, the opportunities to play dress-up add up. Here’s a rundown of the top events:

The Flight of the Angel

In the 16th century, in tribute to the Doge, or Duke, it’s said a young Turkish acrobat tight-rope walked to the heights of St Mark’s Tower, gliding down to the Doge’s Palace to the amazement and excitement of the noblemen gathered below at Piazza San Marco for Lent. Since then, Venetians have continued this tradition, marking it as the start of the Carnevale.

Crowned “the Flight of the Angel,” visitors to the event can expect roars of cheers, elaborate pageantry, and bursts of confetti at the zip-line show. Following the spectacle, it’s thoroughly recommended to enter the Basilica to admire its world-renowned mosaics, which depict the story of the holy San Marco and how his body was smuggled through Egypt to Venice.

It’s almost impossible to be in Venice over Carnevale without conjuring up images of Casanova. The barely illuminated snaking alleys, built to hide the masked men and women at every turn, naturally invite secrecy and romance into their corridors.

Casanova’s age-defying charisma has wooed many through illustrious stories, documenting his lavish lifestyle and midnight adventures. It’s during this 10-day party that these legends come to life on the streets of Venice, however, for those hoping to catch a glimpse of the ladies’ man himself, attendance to one of the many masquerades is key.

Though this year, Palazzo Ca' Pesaro Papafava will host a ball for Casanova and his courtesan, however, the most famous of all, is Il Ballo del Doge.

Held for the city’s esteemed Duke, this is the dance for the VIPs of Carnevale, and it’s here where you’ll witness dressage second to none. Marketed as a dream, the Doge’s Ball promises a night where reality is suspended and fantasy takes over.

And on the subject of the Doge, no visit to Venice is complete without a trip to Palazzo Ducale. Home to the Doge’s throne, visitors cannot miss the decadent chambers, the golden staircase, and the inescapable prison that too fell to Casanova’s charms.

One simply cannot go to Carnevale without wearing a mask. It simply should not be done! And what’s more, from glittering glass masks, glaring from shop windows, to plaster of Paris masterpieces, swinging from market stalls, there’s something to suit every budget — so there’s really no excuse not to wear one.

Once donned in your festival frills, people watching during Carnevale can be likened to New York during Fashion Week; it’s a time where all the fashionistas come to strut in all their glory down the cobblestone catwalks that pop-up all over Venice. However, to be crowned the true Queen Bee is to win La Maschera più bella at the theatre at St Mark’s Square.

Unlike Flight of the Angel, this is a ticketed closing ceremony, and purveyors of the show should keep an eye out for the talent they wish to celebrate as the winner of Carnevale. A formalized pageant, this competition ends the festivities with a bang! A high-energy fashion show, it’s open to everyone who wants to be judged for the title of the Best Mask (or costume) by the public. Aspiring participants should be aware, it’s not one for the faint hearted and will put you head to head with the crème de la crème of Carnevale costumes. The winner of the costume competition is presented by a pair of 'wings' by the people of Venice. These wings are meant to be worn by the winner at the next year's Flight of the Angel – the theatrical element to the opening ceremony – as they glide down from St Mark's Tower to the balcony of the Doge's Palace

Take the Winter in Italy with Venice Carnival and see this unique festival for yourself. We’re thrilled at the prospect of showing you this big blue planet of ours — check out our small group trips here.