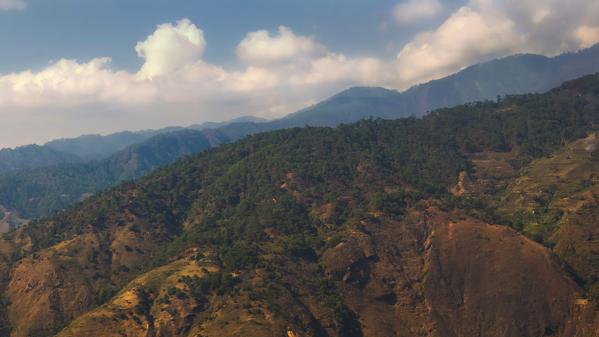 Explore the lesser-known intrigues of this over 7,000-island-strong archipelago with travel writer Paul Manser.

A group of surfers rise and fall with the passing swell as a set of crisp, turquoise waves break close to shore. Small children play in the shallows watched by overprotective parents as their plastic buckets push further onto the beach with the coming tide. Palm trees sway in the late afternoon breeze. The white-hot sand of Napacan Beach is a fine powder that squeaks and whistles every time your feet move.

The scene feels like you’ve stepped straight into a Philippines travel brochure. It is beach life at its most perfect, but still, you can’t help but want more. Something different. Something unexpected.

For those looking to get more out of their Asian adventure than sunburn and a two-day hangover, you’re in luck. While the 7,000-plus islands that make up the Philippine archipelago are a haven for sun-seeking layabouts, there is much more to this country than just shaking the sand out of your bathing suit at the end of the day.

Amongst Filipinos, the southern island of Siquijor is well known as the home of Mangkukulam. These sorcerers or sorceresses apparently possess the ability to cast curses on those who have wronged them, but are more sought after for things such as love spells, or to act as a medicine person.

Still visited by locals in rural areas and by travellers with an appreciation for alternative medicine, an appointment with a Mangkukulam is the very definition of unique travel experience. Although, for those after a more conventional solution to on-the-road ailments it may be best to smile politely stick to a couple of aspirin all the same.

2. The rice terraces of Banaue

While the Philippines is not often associated with colder climates, the northern rice fields of Banaue enjoy cooler temperatures year round. The stunning landscape of rolling green hills is home to these famous rice terraces that have existed for close to 2,000 years. This ancient agricultural wonder soars to around 1500m (4,921 ft) above sea level and was first constructed to solve the issue of growing rice on land so steep that any farmer possessing the slightest case of vertigo would best be advised to seek an alternative career.

Hiking along the edges of the famous rice terraces, travellers will have the opportunity to meet the indigenous Ifugao people and learn of their history and daily lives built on the edges of these famous flooded fields.

3. The hills are alive… with chocolate

According to legend, long ago a handsome young giant, Arogo, fell in love with a local lady. When, as mortals must, she passed away, the giant wept and his enormous teardrops turned into huge mounds of earth. Today, these mounds of earth rise from the island of Bohol in the south and act as the source of endless confusion to dedicated sweet tooths drawn to the deliciously named Chocolate Hills. However, those set on re-enacting some Charlie and the Chocolate Factory-like fantasy had better re-think their travel plans: the name is merely a reflection of the fact that at the end of the dry season the hills turn from green in colour to chocolate brown.

4. From urban dump to a tropical rainforest

There are many spots to explore in the capital city of Manila, including the La Mesa Eco Park. On the edge of Manila’s biggest open-air dump, against all odds, a tropical rainforest has been regrown and named as Manila’s only nature park. The park wraps around the city’s main dam and reservoir, which stores drinking water for 14 million people. Nowadays locals and tourists alike are able to explore more than 50 km (31 mi) of forested trails by bike or foot.

5. The hanging coffins of Sagada

Imagine knowing your life is coming to an end. Then imagine it is your custom duty, in recognition of your impending life’s conclusion, to carve your own coffin. And if you are too weak or ill that you have to ask your offspring or a relative to do this for you. Finally, once your coffin is completed and you’ve moved to the ever after, your body and coffin will be tied or nailed to the side of a perilous cliff. This is the funerary practice of the Igorots of the town of Sagada in Luzon province.

Hewn from tree trunks near in the limestone karst cliffs and caves close to town, the famous coffins of Sagada are hung on local cliff faces in the belief that the practice would ensure the deceased would be brought closer to heaven and their ancestral spirits. They are a must-see for travellers to the Philippines.

While it is blessed with miles of pristine, uncrowded beaches and some of the best snorkelling and diving in Asia, Palawan Island’s draw card for travellers looking to side-step the sun tanning lies underground.

An 8.2 km (6 mi) river (said to be the longest navigable underground river in the world) winds its way underneath the limestone karst mountain landscape of Palawan located in the southwest of the archipelago. Voted as one of the new seven wonders of nature, the two-tiered Puerto Princesa Subterranean River hosts an underground ecosystem rich with unique rock formations, cave systems, wildlife and old growth forest. Accessible via a small paddle boat or canoe, exploring the Puerto Princesa Subterranean River will take you into a world of stalactites, stalagmites and one of the largest cave rooms in the world, the 360m (1,181 ft) long Italian's Chamber.

G Adventures runs a number of tours through the Philippine Archipelago encompassing a wide range of departure dates and activities that cater for those looking for a beach break and those looking for something a bit different. Something a little unexpected.