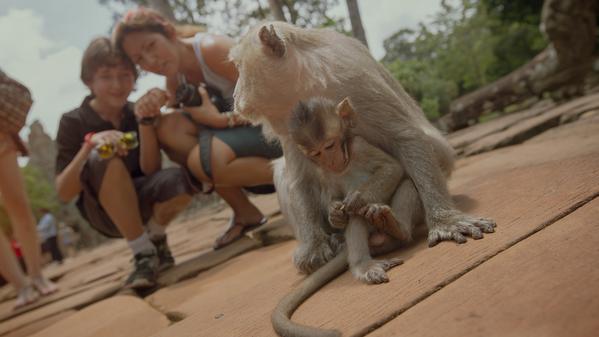 Ring in the Year of the Monkey with a round-the-world round-up of Instagram's favourite monkeys!

by Mark Bonington Posted on 08 February 2016

People around the world will ring in the Year of the Monkey today, and with it will come countless questions about what lies in store for the lunar new year. According to the Chinese Zodiac, those born in the Year of the Monkey are fun-loving, creative and generous. While we don’t claim to be masters of the metaphysical, we certainly do know that our travellers on Instagram have a nose for monkeys. From Borneo’s ponderous Proboscis to the Congo’s curious Mandrills — check out six of our favourites from the world's largest photo-based social network!

Grant Wyman captures the colourful king of monkeys. Mandrills were once mistakenly classed as baboons. In fact, they are the world’s largest monkey, standing at 3ft (90 cm) tall. They live in the tropical forests of the Congo and Equatorial Guinea. Males are known for their bright faces, with Charles Darwin writing "no other member in the whole class of mammals is coloured in so extraordinary a manner.”

The golden lion tamarin, also known as the golden marmoset, is only found in the coastal forests of Brazil. It is now considered an endangered species, with only 3,200 left in the wild. They may be rare, but our own Oana Dragan managed to snap this one in its jungle home.

The capuchin is renowned for its intelligence, even among primates. A known user of tools, they have been observed engaging in long-term planning and were even able to grasp the concept of money. They can jump up to 9m (3 ft) into the air, which helps them move between trees in the wild. This big-eyed beauty comes courtesy of James Patterson

Native to Japan, these creatures are the most northern-living primate in the world after humans; hence, they're affectionately dubbed “snow monkey”. They are known for their distinctive red faces and fondness for hot springs. Traveller Lana Swanson Parker caught these two taking a bath.

Barbara, Whitney, Celine—the howler beats them all when it comes to belting! One cry from this monkey can be heard up to 3 mi (4.8 km) away. One of only a handful of primates known to build nests, they live in the forests of South and Central America and were once worshipped by the Maya as gods. Nikita Johnson and Adam Sumner snapped this howler feeling godly as he offers the world a fist-bump.

A proboscis monkey's enormous fleshy nose is used by males to attract a mate. They are native to the jungles of Borneo and known for their love of water, often belly-flopping from the trees into the rivers and swamps of their home. This makes them a target for crocodiles, so the proboscis has evolved webbed hands and feet to better help them swim. Thanks to the team at Majestic Animals Daily for this 'gram!