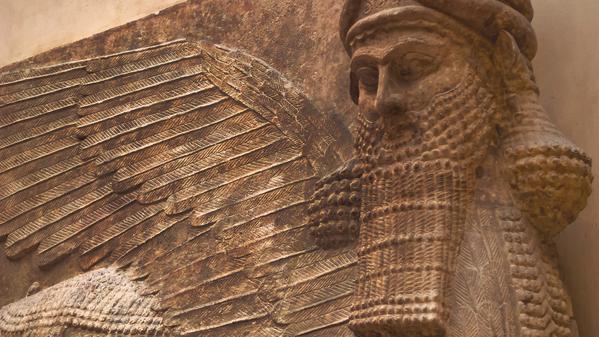 Mind Your Manners: Your guide to Iranian customs & etiquette

Respecting local customs is an important part of travelling. Nellie Huang shares insights from her trip to this Middle Eastern country.

If you’re looking for a country full of surprises, then Iran is the place to go. Travelling in Iran can be an eye-opening and rewarding experience, especially for curious travellers who want to understand the country, and learn about its people and their culture — beyond political issues and news headlines.

As soon as you’re here, you’ll find that the reality is far removed from the stereotypes — it’s a country desperate to be seen for what it is, rather than what it is often depicted in the media.

Iranians are undoubtedly the friendliest people in the world; I lost count of the number of times I got invited to a stranger’s home or was treated to an endless flow of tea from a shop vendor. The people of Iran truly moved me with their genuine generosity and kindness.

If you’re open to seeing Iran beyond the headlines, here are some of my tips on local culture that can help you better understand the country and its people:

Iran observes the Islamic dress code, which calls for women to cover their hair, neck and arms. This doesn’t mean you need to cover up your entire body with a chador (a black cloth that covers the whole body), you simply need to cover your head and hair with a hijab or loose scarf.

I would advise female travellers to wear long, flowing tops or tunics and cardigans that run below the waistline. Baggy pants and covered shoes are also highly recommended. Many Iranian women also wear a manteau, or trench coat with long sleeves, that usually falls below the knee. It’s a false belief that women face limitation in the colour of their clothing; there are absolutely no restrictions in colour when it comes to the dress code.

For men, shorts and flip-flops are not allowed. Stick to t-shirts and long pairs of pants or trousers, as well as covered shoes. You’ll need to pay special attention at the airport and at land border crossings — be sure to put on a long-sleeved shirt, pants and proper shoes.

Despite the strict dress code, you’ll be surprised to find women pushing the limits (especially in the big cities) by wearing their hijab halfway back on their head, and tight, colourful leggings or skinny jeans.

Many female travellers tend to be concerned about the dress code, which is understandable as it’s something that some of us aren’t used to. I myself was a little worried prior to my trip, but I got used to the headscarf and baggy clothes just after an hour or so of crossing into the border. Everyone was dressing that way, so it felt natural and I blended in right away.

Since ancient Silk Days, Iranians have been accustomed to having travellers as guests. Wherever you are, Iranians will come up to you and say “hello,” take pictures with you, and invite you to their home or even offer you a free guided tour of their hometown.

If you’re wondering how to greet people you meet on the streets, start by learning basic Farsi greetings. To say “hello,” you would use “salaam alaykum” (may peace be upon you) or simply “salaam” (peace). If you’re leaving, you can part ways by saying “khoda hafez,” which means, “may God protect you.”

Physical greetings are generally restricted to members of the same gender — men only kiss other men and women kiss other women. If you meet on the street, a handshake is the more common greeting. Even the slightest physical contact with non-family members of the opposite sex, except young children, is forbidden.

Iranians also have a special social system known as ta’arof, which literally means, “meeting together.” It’s a system of politeness that’s expressed in both verbal and non-verbal communications. Iranians tend to protest compliments and belittle their own accomplishments in an attempt to appear humble.

In adherence to ta’arof, whenever you are ever offered something, like a tea or sweet, always first decline it (even if you want it) until the person who offered it insists.

If you are invited to an Iranian's house — and trust me, you likely will be — there are a few things you need to observe.

First, bring flowers or pastry for the hosts, and always apologize for the inadequacy of your gift (it’s the polite thing to do according to ta’arof). Try to arrive early or at least on time; punctuality is important in Iranian society. When you arrive, check to see if the host is wearing shoes. If not, remove yours at the door. Show respect for the elders by greeting them first, and shake everyone's hand individually. Always wait to be told where to sit.

Note that meals taken at home are usually served on the floor and eaten without utensils (it is only in modern homes that meals are served at a dining table with place settings). Remember to eat with your right hand and try a bit of everything that is served. Most tables are set with a spoon and fork though (no knives) — if you don’t feel comfortable using your hands, don’t be embarrassed to use the utensils.

Iranians like to shower guests with abundance, so there is often more food than can be eaten. Expect to be offered second and even third helpings; initial refusals will be assumed to be polite gestures (again, in adherence to ta’arof) and not taken seriously. If you are full, simply leave some food on your plate to indicate that you have finished eating.

Gender inequality in Iran has improved tremendously in the past decade or so. Women still do not have equal rights with men, but they have become much more socially active and economically independent over the years.

Leaders of the Islamic Republic have also gone out of their way to emphasize their willingness to have women operate as full participants in government and public affairs. Women have served in the legislature and as government ministers since the 1950s.

Education for women is obligatory and universal, and women now occupy more than 60 percent of university seats. The literacy rate for women is close to that of men, which is very high at around 90 percent for women under 25 years of age.

From my personal interactions, I found that many Iranian women are educated, well-spoken and independent. They have their own opinions and aren’t afraid to express them. Iranian men are also more than happy to speak up — including to me (as a woman) — although sometimes they can get overly friendly. Avoid full eye contact (which is sometimes misinterpreted as sexual interest) and decline their offers to show you around if you are alone. Also try to avoid crowded spaces — I was groped several times on the subway in Tehran even though I was with a few male friends.

Gender inequality can still be obvious in many aspects of life in Iran — especially from an outsider’s perspective. Men and women have separate entrances into mosques, palaces and many monuments; women can only sit at the back of buses and trains, and they are not allowed to sit next to men they are not related to.

The state religion in Iran is Twelver Shi'ism, a branch of Islam that is very different from the Sunni Islam practiced in most of the Muslim world. Shi'a Muslims revere the descendants of Fatimah, daughter of the prophet Muhammad, and her husband, Ali, Muhammad's cousin.

Muslims are obliged to pray five times a day — at dawn, noon, afternoon, sunset and evening. The exact time is listed in the local newspaper each day. Friday is the Muslim holy day and everything is closed.

Non-Muslims are allowed to enter most of the mosques and religious buildings in Iran, but women must put on a chador to enter. Don’t worry if you don’t have one as these places usually have chadors for you in case.

During the holy month of Ramadan, all Muslims fast from dawn to dusk and are only permitted to work six hours per day. Fasting includes no eating, drinking, cigarette smoking or gum chewing. Each night at sunset, families and friends gather to celebrate the breaking of the fast (iftar). The festivities often continue well into the night.

In general, things happen more slowly during Ramadan. Foreigners are not required to fast; however, you must not eat, drink, smoke or chew gum in public.

Iran, as a conservative Islamic Republic, has stricter rules than most countries, but as long as you follow them, you will be sure to enjoy this fascinating country and its layers of culture and history.

G Adventures runs a number of departures in Iran encompassing a wide range of departure dates and activities to cater to different tastes. We’re thrilled at the prospect of showing you this big blue planet of ours — check out our small group trips here.