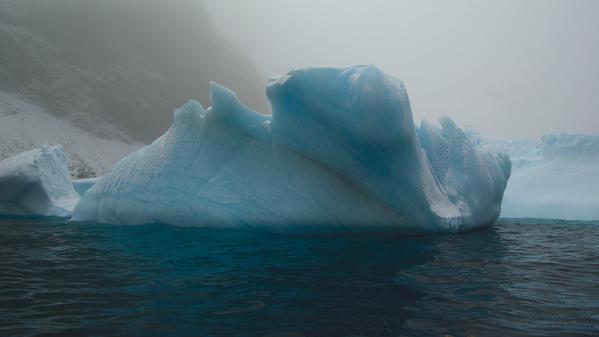 The lifelong conservationist is aboard select Expedition departures, from the Arctic to Antarctica

Exploring new frontiers is in Susan Adie’s blood. The G Adventures Expedition leader is descended from Alexander Lange, who led the very first whaling expedition to Antarctica in the early 20th century. In 1960 the U.K. Antarctic Place Names Committee recognized Lange’s expedition leadership by naming a glacier just off the Shetland Islands, Lange Glacier, after him.

Lange’s purpose of travel — whaling — is significantly different from Adie’s, which is to encourage sustainable travel and teach conservation aboard G’s Expedition ship. But the parallels between her life and that of her great-grandfather are nonetheless striking. Aside from the Expedition leadership, Adie also has a landmark named after her in Antarctica: Adie’s Cove, a small cove on the continent’s western coast, was named after Adie two years ago, in recognition of her work as a polar conservationist.

“I’m very proud and very humbled,” Adie says. “But there’s still so much work to be done.”

Adie joined G Adventures as an Expedition leader seven years ago, but she’s been dedicated to environmental conservation her whole life. After studying environmental science and education at Cornell University in Ithaca, N.Y., Adie had the opportunity to work with a filmmaker who was making educational materials about Alaska for schoolkids. Adie travelled with him to Alaska — she was on board to write the curriculum that would go along with the films — and a lifelong affinity for the planet’s colder regions was born.

“I had a chance in 1987 to go work on a ship in Alaska as a lecturer, based on the experience I had on the film production,” she says. “I started lecturing on nature and wildlife, through which I met someone who offered me a job in Antarctica. I never dreamed I would go there. This was the early ‘90s; it wasn’t a common destination. You take a geology class in university, and it’s like outer space. But once you see it, it’s like, oh.”

She enjoys seeing that same spirit of appreciation and amazement in the G Adventures travellers she brings to Antarctica every year. Taking in the polar region up close— and developing a personal connection to it — can be, Adie says, integral steps toward understanding the importance of protecting and preserving the region through, among other things, responsible travel. “I think there are some people who really care about the planet, but genuinely don’t know a few things,” she says. “It’s an opportunity to educate them, and make them ambassadors.”

Adie spends three months a year, on and off, aboard the Expedition (she travels north on the ship, to Greenland, as well). The rest of the time, she’s planning itineraries, researching sustainability initiatives, and helping G Adventures ensure Expedition trips are as responsible as possible, from staff training to on-land excursions with passengers to Antarctica.

“When I first started travelling to Antarctica, we were going to places that weren’t on the map,” Adie says. “The growth of tourism is going to affect things there. So it’s our job to figure out how to lead tours as responsibly as possible.”

Check out our Arctic and Antarctic Expedition tours here.