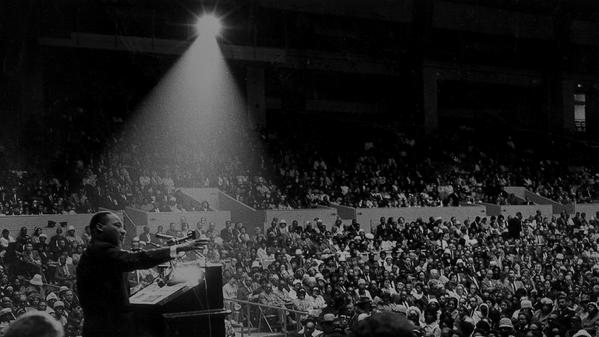 The true measure of a person lies not in how far afield their adventures take them, but how far their ideas and actions move the world.

“Life’s most persistent and urgent question is, ‘What are you doing for others?’ ” — Dr. Martin Luther King Jr.

Some might think it strange that a travel company would choose to reflect upon the life of Dr Martin Luther King, Jr; a man who, in his tragically brief 39 years on this planet, didn’t travel the world and is primarily associated with a single issue: the struggle for racial equality in post-war America.

The true measure of a person lies not in how far afield their adventures take them, but how far their ideas and actions move the world. And by that measure, King has few equals. While his quest to end racial segregation may have been limited to the United States, his courage, conviction, and charisma were felt far and wide. Those qualities, when employed to make the world a better place for all rather than just a few, are universally admired. They represent a standard of progressiveness that we at G Adventures – as a social enterprise and as individuals – strive to live up to.

The narrative arc of King’s life is so dramatic, so compelling in its sweep, that it can be easy to see the myth but lose the man at the centre of it. In life and in death, he became a screen upon which others – followers and detractors alike – could project their hopes and anxieties. But at the root of it all, he was a man who, like you and I, sought a better world.

The son of a Baptist minister, King was born January 15, 1929 in Atlanta, GA – the de facto capital city of America’s deeply segregated South. Exceptional from an early age, he skipped two grades en route to enrolling at Morehouse College at just 15. By age 26, he had graduated from both Morehouse and the seminary, earned a PhD in theology, and married his college sweetheart, Coretta Scott. By 30, he was the national face of the civil rights movement, channeling the struggle for equality directly into America’s living rooms through his eloquent speeches and personal magnetism. Less than a decade later, he was gone; silenced by an assassin’s bullet, his work forever unfinished.

Today, you will hear that voice again many times. Today, you will see flickering black-and-white newsreels from a half-century ago of a young man made older, wiser, and wearier than belied his years by intolerance and the need to overcome it. Today, you will discover and rediscover the legacy of a man who changed the laws of the world’s most powerful nation with nothing more powerful than words. Today, some of you will be inspired to make your world a little bit better for yourself, for your community, for everyone.

Tomorrow, Martin Luther King Jr Day will be over. But what it means shall endure.