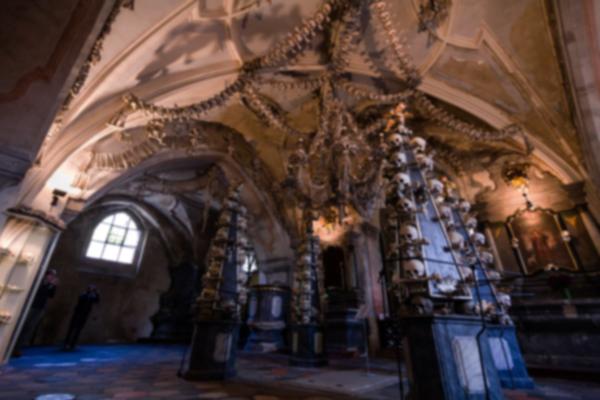 by Genevieve Hathaway Posted on 08 December 2014

Located in Central Europe, the Czech Republic is a country with a complex and diverse history spanning over a thousand years. With many impressive and influential sites, architectural structures, and towns, the Czech Republic boasts 12 important UNESCO World Heritage Sites. The following is a brief overview of these sites.

Founded in 880 AD by Prince Borivoj, Prague Castle is the largest castle complex in the world. Covering over 70,000 square miles, it is comprised of palaces, churches, gardens and administrative buildings with varying architectural styles including Romanesque, Gothic, Baroque, Renaissance, and even a little Mucha slipped into the Basilica of St Vitus. This castle complex dominates the Prague skyline.

Prague, known as the City of a Hundred Spires, was influential in the development of European architecture. Wandering through Prague Castle, the Cathedral of St Vitus, Hradcany Square, the Valdgtejn Palace, the Gothic Charles Bridge, the Romanesque Rotunda of the Holy Rood, the Old Town Square, the High Gothic Minorite Church of St James and the Nave Mĕsto, travelers can explore centuries of European history and architectural styles. Many of Prague’s Gothic buildings and structures, including the dramatic Charles Bridge, are considered some of the best representations of Gothic architecture in all of Europe.

Located an hour from Prague, Kutna Hora was founded in 1142 AD and became a wealthy and influential political and economic centre due to nearby silver mines. Picturesquely set in the Czech country-side, Kutna Hora today, is an affluent, well-preserved medieval hamlet. A highlight of any trip to the Czech Republic is visiting Kutna Hora’s Sedlec Ossuary, one of the strangest churches in Europe. It’s referred to as the Bone Church because it contains works of art made from human remains. This small church is thought to contain the remains of 40,000–70,000 people, whose remains have been creatively and artistically arranged as decorations. During the Black Plague and the 15th Century Hussite Wars, the monks had too many bodies for the small cemetery. Believing displaying the bones actually connected Heaven and Earth, the monks began arranging the human remains inside the church.

With its delicately soaring spires that seem to touch the sky, stunning stain glass windows, and beautifully carved ceiling; the Church of St Barbara is the epitome of great Gothic architecture. Decorated with medieval frescoes and stain glass windows; the interior art showcases secular life in the medieval mining town of Kutna Hora. St Barbara was one the most important Gothic churches in Eastern Europe.

The area around Lednice and Valtice is one of the largest artificial landscapes in Europe. From the 17th to the 20th century, the dukes of Liechtenstein designed buildings and castles in southern Moravia in Baroque, Classical and Neo-Gothic architectural styles. The countryside was planned according to the rules of English Romantic landscape architecture.

Gardens and Castle at Kromeriz

At the base of the Chriby mountain range, the castle and garden at Kromeriz is well-preserved and superbly complete. Kromeriz is an excellent example of a European Baroque princely residence and surrounding gardens.

Located on a bend in the Vltava River, Cesky Krumlov is one of the best preserved medieval villages in Eastern Europe. This small village has everything to get travellers to stop and linger – a picturesque setting, a medieval castle overlooking the town, twisting cobbled laneways lined with boutique shops, great local food, and even a brewery. Founded in 1302, the town and castle were both originally owned by the House of Rosenberg. Later, Emperor Ferdinand II gave Cesky Krumlov to the House of Eggenberg, (where the local brewery gets its name).

Dating to the 16th century, Litomysl Castle is a Renaissance-style château. An excellent, intact example of an arcade castle, it contains fine details and a stunning façade. The castle comprises of a variety of structures and buildings including theatre that is still in use, aristocratic residences, beautiful gardens and many administrative buildings.

A well-preserved example of a traditional 18th and 19th century European town, Holasovice is comprised of a buildings constructed in South Bohemian folk Baroque style. The original village dates back to the Middle Ages.

Other Important UNESCO Heritage Sites in the Czech Republic

Pilgrimage Church of St John of Nepomuk at Zelena Hora

An unusual looking church, the Pilgrimage Church of St John of Nepomuk at Zelena Hora was built on a star-shaped plan and combined Baroque with Neo-Gothic elements to create a unique building. The architect, Jan Blazej Santini, intended to create an independent spatial reality with the number 5 being dominant in the proportions and church layout.

Built by the artist Ondrej Zahner, the Holy Trinity Column in Olomouc is the best preserved example of memorial columns in central Europe. The column was designed in honour of the Catholic Church and God. Constructed to show gratitude for the end of a plague, it was also intended to demonstrate patriotism.

One of the best preserved Jewish ghettos in Europe, Trebic’s Jewish Quarter is an important example of Jewish life in Europe from the Middle Ages to the 20th century. St Procopius’s Basilica is a Romanesque-Gothic Christian church that was built as part of the Benedictine monastery.

Designed by architect Mies van der Rohe, Tugendhat Villa in Brno is an excellent example of the international style in modern European architecture of the 1920s.