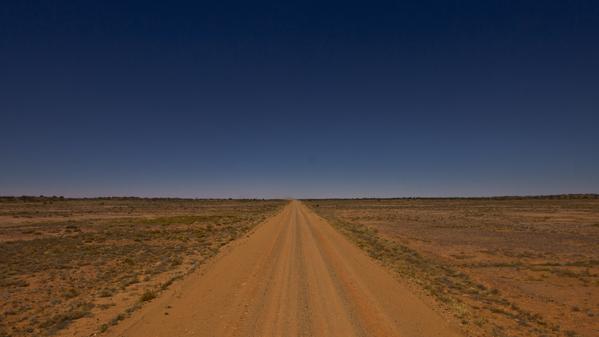 Travel photographer Greg Snell takes a dusty journey down this once famous trade route to find an expansive landscape with a deep history.

The Oodnadatta Track is one of the best driving routes in Australia. Surrounded by miles of vast desert, and home to a surprising array of natural wonders steeped in rich history, it is no surprise the track is one of the most fascinating outback trails the country has to offer.

The Oodnadatta is an ancient Aboriginal trading route through what seems like impenetrable desert country. It is a stretch of 620km (385 mi) and was part of a 19th century explorer’s route looking to connect Australia’s north and south. The track became part of the original Ghan railway allowing hundreds of people access through the then relatively unknown part of the country. The railway was built by labourers (and their camels) brought in from Afghanistan who knew the conditions and were able to work on the Oodnadatta better than any others at that time.

The Oodnadatta follows the incredible natural phenomenon known as an artesian "mound" spring belt. This group of small springs is created from the great artesian basin periodically breaching the surface and allowing water to escape its gigantic underground flow. This source of pure “spring” water helped keep the travellers and animals alive in incredibly harsh conditions and, over time, helped to cut a trail through the ominous desert landscape of South Central Australia.

I drove the Oodnadatta from just outside Coober Pedy, South Australia to the small town of Maree (a distance of about 215km (134 mi). The road changes from paved highway to red clay dust and was a welcome break from the well-trodden tourist path. We took the route through William Creek (with a population of seven, including infrequent pilots); a very small settlement and classic Outback bar with all of the bells and whistles one would expect (it is a great place to take a break from the seemingly endless driving). William Creek is also home to a remote airstrip where people can fly into backcountry gold mines and cattle stations, or like us, take a scenic flight over the central Outback and the amazing Painted Hills. The Painted Hills are a natural wonder of mineral-rich hills protected and fenced off by private owners and is only accessible by bush plane.

The Oodnadatta Track also passes beautiful Lake Eyre. Lake Eyre (pronounced, “air”) is the biggest salt lake in South Australia. It is a marvel to see and boasts the reputation as the lowest point on the continent at -12m (-39 ft) below sea level. I highly suggest a stop at the lake to take some slat flat photos. The seemingly never ending horizon line offers a distorted perspective, making photo-taking a lot of fun.

From Lake Eyre we continued down the Track, passing ruin after ruin of old train station houses and small towns built to support the passing locomotives. When the Ghan Railway was moved to its current location in 1980, the Oodnadatta was relatively forgotten. Walking through the small towns here felt like walking through the abandoned set of a western film from the 1930s.

For those looking for a unique Outback experience, the Oodnadatta Track is perfect. The route is remote, barren, beautiful and mysterious. It has been a trading route for countless centuries and holds a certain unspoken power to it, providing the traveller with an overwhelming sense of being so small in such an expansive stretch of land. The open road beckons as you drive on. This is the Australian Outback at its best.

G Adventures runs a number of departures in Australia encompassing a wide range of departure dates and activities to cater for different tastes. We’re thrilled at the prospect of showing you this big blue planet of ours — check out our small group trips here.