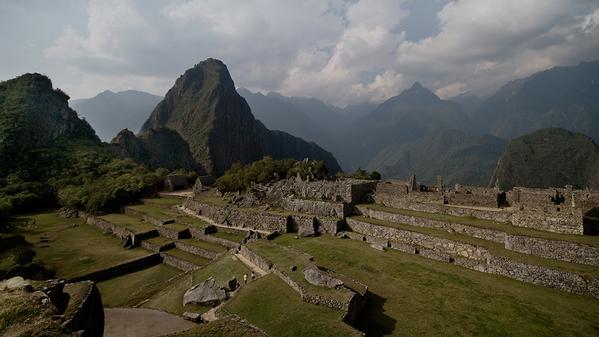 Instagrams of the Week: Footsteps of the Incas

Join our travellers in Peru as they follow in the footsteps of the Incas.

by Mark Bonington Posted on 18 December 2015

Peru is peppered with Incan sites, but none so famous as the "lost city" of Machu Picchu, whose breathtaking image seems to grace every brochure and travel book. Peru has been blessed with natural gifts as well: a huge chunk of Amazon rainforest falls within its bounds, and visitors can hike through jungle, trek in the Andes, and surf the northern beaches all in the same week. Cap it off with Lake Titicaca, one of the highest lakes in the world, and you've only just begun to scratch the surface.

This week on Instagram, join our travellers in Peru as they follow in the footsteps of the Incas.

G Adventures traveller @annelironja explores the ruins at Ollantaytambo in Peru’s Sacred Valley. Unlike the Lost City of Machu Picchu, bloody battles between the Incas and the Spanish were fought on the stepped terraces of this fortress-city.

In contrast, here’s a more peaceful memory of the Andes: A double rainbow seen in one of the valleys by our own @stephnairn.

Every journey begins with a single step. Traveller @charlotte_marie captures her first on the Lares Trek.

Traveller @77sterro takes a postcard perfect pic of Machu Picchu. This 15th-century citadel was never revealed to the conquering Spanish and remained largely hidden until the early 20th century.

Hailing from Australia, G Adventures traveller Cassie has shared her travels through Peru from a perspective rarely seen — just a few centimetres from the ground! Her quirky Instagram feedfollows the fantasy life of Forgotten LEGO® man, a small plastic figurine who’s travelled the world in the company of Cassie, and took on the Inca Trail in October! Read about the adventures of this pint-size trekker in our blog post here.

G Adventures runs a number of departures in Peru encompassing a wide range of departure dates and activities to cater for different tastes. We’re thrilled at the prospect of showing you this big blue planet of ours — check out our small group trips here.