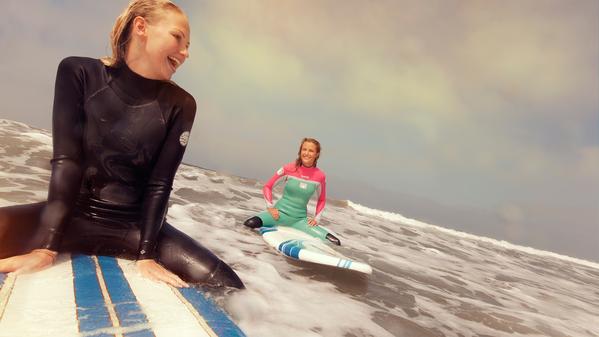 Stoked to surf but not sure where to start planning? Travel blogger Greg Snell hits the waves in Costa Rica as a beginner surfer, and lives to tell the tale.

Costa Rica is famous for its surf breaks, and there are many; from beaches packed with “los ninos” and beginner adults learning to read waves and pop to their feet for the first time (an amazing sensation) to hidden coves with perfect arching barrels kept secret by the most dedicated surfers from around the globe. There are also tons of midway points with beach breaks right out the front door and perfect waves virtually free of crowds, hidden gems that have seemingly been overlooked by the explosion in local tourism. The Nicoya Peninsula is one of these places. Although there are some popular spots here, it is home to a few pristine – if somewhat forgotten – locations known to most people for giant stretches of barren beaches, and to others for the really, really good surf.

Guanacaste is the northwest state of CR bordering Nicaragua and stretching hundreds of kilometers down a rugged Pacific coastline. It is also home to ancient and active volcanoes, cloud forests, wildlife reserves, stunning waterfalls, great restaurants, amazing people, and some of the best surfing in Central America. The Nicoya Peninsula juts out from the mainland just south of Guanacaste, making up a good chunk of the coastline. It is home to famous spots such as Coco Beach, Monte Zuma, and Tamarindo, as well as lesser-known locations like Samara Beach, Santa Teresa, and Malpais (literally translated as “bad country,” how awesome is that?). The peninsula is a massive stretch of land, better known for its agriculture; the peninsula’s entire tourism industry dots the coast. The beaches are stunning and the coastal scenery is part of what makes Costa Rica so famous worldwide. And there is surf to match.

The first time surfed Costa Rica was at Tamarindo Beach, and it was an interesting experience to say the least. I was… not good – I broke the first board I bought. My second attempt was a much nicer experience near the small town of Samara about half way down the peninsula. I got a few hours’ lesson and was popping up on small waves in no time. It was awesome to catch the white wash and get that feel for the balance atop the rushing waves. After that first lesson, I had the basics down and was ready to take to the surf, learning as I went and taking as many tips from the locals as possible. It’s been almost seven years since then, and I still suck at surfing. More practice is needed. And what’s the old saying…? Practice makes perfect.

There are a few towns just like Samara that are great places to set up for a few days and hit the waves. The Nicoya Peninsula is covered with them. Malpais, one of my personal favourites, is such a beautiful setting you could actually spend days just relaxing, taking pictures, drinking, and relaxing some more. It also happens to be a convenient and great place to jump onto a surfboard and start practicing. The “bad country” is not as menacing as it sounds, trust me!

From first timers looking to pick up a new sport to amateurs (like myself) to seasoned lifelong surfers, there is something for everyone on the Nicoya Peninsula. It’s a great place to kick back and enjoy a fun-filled adventure. La Pura Vida Mae!